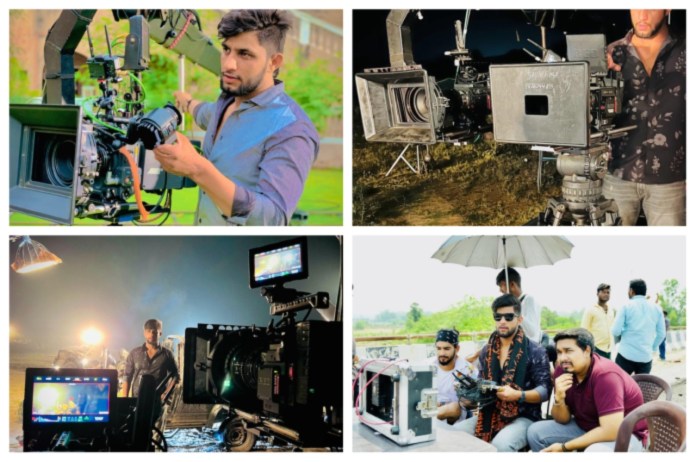 Tuition Badmashi Ka: Ajay Dhankhar has become the masterji of the Haryanvi music industry. He has been in discussion for his song ‘Tuition Badmashi Ka’. Earlier, Ajay created panic with the song ‘Laada Ka Lada’. It has been viewed over 100 million times on YouTube. But it is said that behind every successful person, there is someone’s hand. Who is behind the success of Ajay Dhankhar?

Ajay Dhankhar’s uncle Mukesh Jaji has a big hand in his success. This uncle-nephew duo has rocked the Haryana music industry.

Dhankhar never fails to entertain his audience on the internet with new songs and videos being released for the audience every day. His most recent release song has been released on YouTube, titled ‘Tuition Badmashi Ka’…. This video of him is being liked a lot on social media.

The song ‘Tuition Badmashi Ka…’ released on YouTube has now been viewed 100 million times. Ajay Dhankhar directed the song. This song is in the voice of Masoom Sharma. The music is written by Aman Jaji and the lyrics by Mukesh Jaji. Dhankhar says that after hard work day and night, this song has reached the people.

Talking about Ajay Dhankhar’s family, his brother Aman Jaji has also made many records in the world of Haryanvi music. Aman is a jazzy music producer. His 52 Gaj Ka Dhaman song was liked by a large number of people not only in Haryana but also in Delhi, UP, and Bihar. This song has been viewed 1 billion times on YouTube.

Ajay Dhankhar is not only in Haryana, but his fan following is continuously increasing in Punjab, UP, and Himachal. The youth have started considering him as an idol. This can be gauged from the fact that whenever Ajay is among his fans, he gets immense love. There is a competition to take selfies.