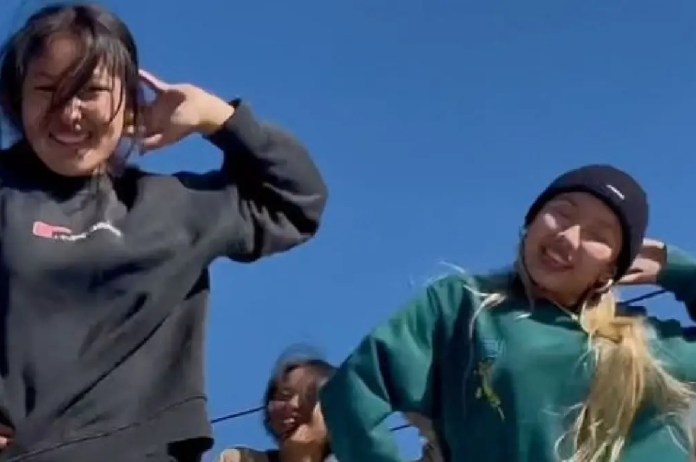 Nepal: A video of a dance group from Nepal is going viral on social media. The group is dancing to the famous Indian song ”London Thumakda” from the film Queen. While sharing the video on Instagram, they wrote the name of the song in the caption. In the video, four women are seen dancing in front of a camera. Since the clip, has been shared on social media, it has crossed 9.6 million views.

London Thumakda, a song from the film Queen became everyone’s favourite since its release. Many still love to show their dancing skills while grooving to the hit track. There is the latest addition to that list, and it shows a group of dancers from Nepal. The “Wings Official” shows women in loose-fitted pants, sweatshirts and a pair of sneakers slaying the song’s hook step.

Netizens were thrilled by their performance and poured appreciation in the comments section. A user said, “So refreshing! Can’t stop watching.” Another wrote, “If you want to go viral then use Indian songs.” A third user wrote, “immaculate vibe.” The group has done several K-pop dance covers and has also performed at KPOP World Festival Nepal 2022.

The video was shared a few days ago and since then, the clip has gone viral and the numbers are only increasing. Their energetic performance will make you want to get out of your seat and shake a leg too.

Speaking about the song ‘London Thumakda’, the evergreen song is from Kangana Ranaut’s Queen  released in the year 2014, sung by Labh Janjua, Sonu Kakkar and Neha Kakkar. But even after eight years, the song is still among the trends in parties and is also used regularly by solo performers.

Also read:- Old bill: Find out at what price people used to pay for Masala Dosa, coffee in 1971?