Opposition parties contend Centre’s proposition to extension of tenures of ED,CBI in SC 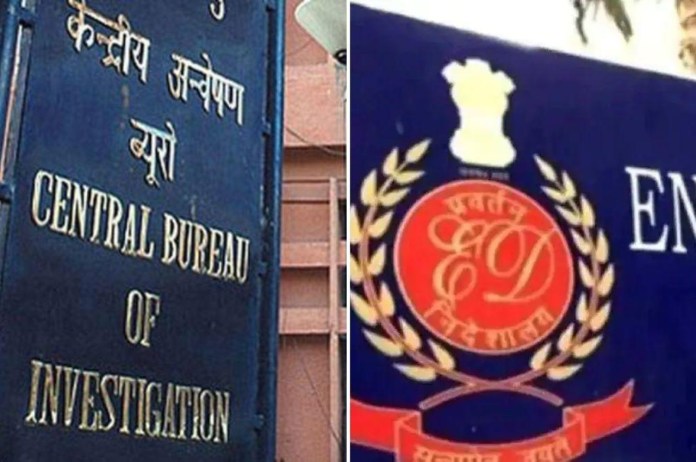 New Delhi: The ruling BJP and the opposition parties are engaged in a verbal battle over the Centre’s decision to extend the terms of the heads of the CBI and the Enforcement Directorate. Up to eight PILs filed by political figures to contest the ruling have brought the case to the Supreme Court of India. The TMC, Congress, and other parties’ members have angrily refuted the claim that it is a “pressure technique” driven by personal interests, despite the BJP’s leaders’ assertions to the contrary.

The Supreme Court, on August 2, issued letters to Surjewala and Jaya Thakur, both Congress leaders, as well as TMC MP Moitra, Saket Gokhale, Krishan Chander Singh, Vineet Narain, and Manohar Lal Sharma. The Centre said that the PILs were an attempt to halt investigations after leaders from the two parties questioned the extents of the cases before the Supreme Court.

“PILs are filed for the larger benefit of the public- this on the other hand is a Personal interest litigation,” alleged BJP leader Ashwini Upadhyay.

“If the government wants to extend the tenure of officials acting like scions of the BJP to harass the opposition, it’s quite revealing.” countered Congress leader Udit Raj.

In addition to scheduling up to eight PILs for final disposition on September 19, the top court also named senior attorney KV Viswanathan as an amicus curiae (friend of the court) to help it handle the appeals. The Central Vigilance Commission (Amendment) Act, 2021, which allows for the extension of the ED director’s term for up to five years, has been contested in the majority of PILs.

After bringing ordinances allowing the ED and CBI directors to hold the office for up to five years, the Centre on November 17, 2021 extended the tenure of ED chief Sanjay Mishra by a year to November 18, 2022.