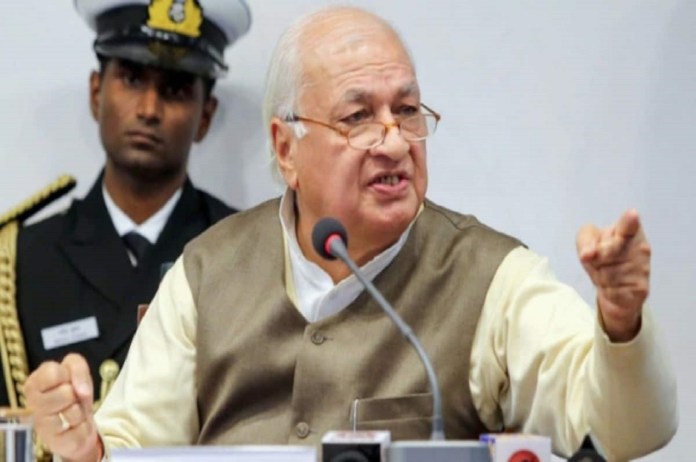 Kochi: In a surprising move, Kerala Governor Arif Mohammed Khan on Monday asked two news channels – Kairali News and Media One channels – to leave from his press meet he called in Kochi.

Representatives of both news channels were asked to vacate the premises by the Governor who said he does not want to talk to those who ‘masquerade as media’.

The press meet was held at the guest house in Kochi following an invite from the Raj Bhavan for the news briefing.

When reporters pointed out that the mediapersons from two news channels came on the invitation of Raj Bhavan, the Kerala Governor said there might have been a mistake and he will look into that matter after reaching his office, and asked both the journalists to leave, the report added.

The Governor accused both media houses of running false propaganda against him. “They are not media, they are masquerading as media but are basically political allies,” he said.

Media reports suggest that similar incidents had occurred in the past as well. On October 24, the Raj Bhavan barred four Malayalam channels including both these channels from attending a press meet of the Governor.

According to an ANI report, Kairali News is the channel of ruling CPI (M). Besides, Media One channels – operated by Madhyamam Broadcasting – is facing a ban from the central government over security clearance issues.

The Supreme Court last week reserved its judgement on the plea of Media One against the ban. In an interim order in March, the SC had allowed the channel to continue its broadcast.