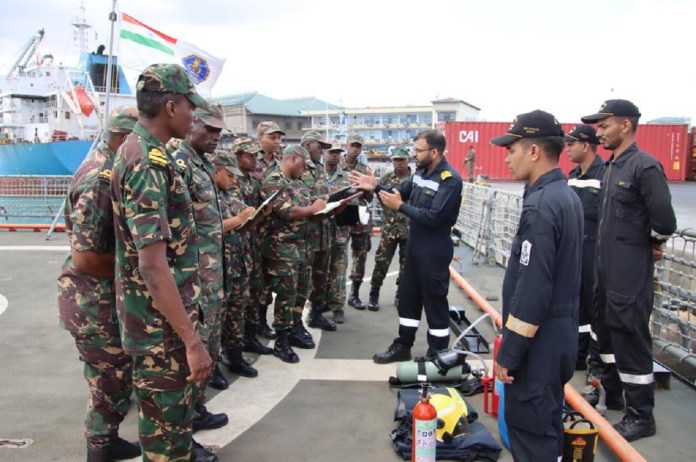 New Delhi: The first edition of India-Mozambique-Tanzania Trilateral Exercise commenced at Dar Es Salaam, Tanzania on 27 October, the Ministry of Defence said in a statement.

The exercise is scheduled over a three-day period from 27-29 Oct and includes harbour and sea phases.

As part of the harbour phase, capability building activities such as Visit, Board, Search and Seizure; small arms training; joint diving operations; damage control and fire fighting exercises; and cross deck visits are scheduled, it said.

These exercises reflect India’s and the Indian Navy’s commitment to enhancing maritime security and cooperation with maritime neighbours in the Indian Ocean Region and promoting SAGAR, Safety and Growth for All in the Region, the defence ministry said.