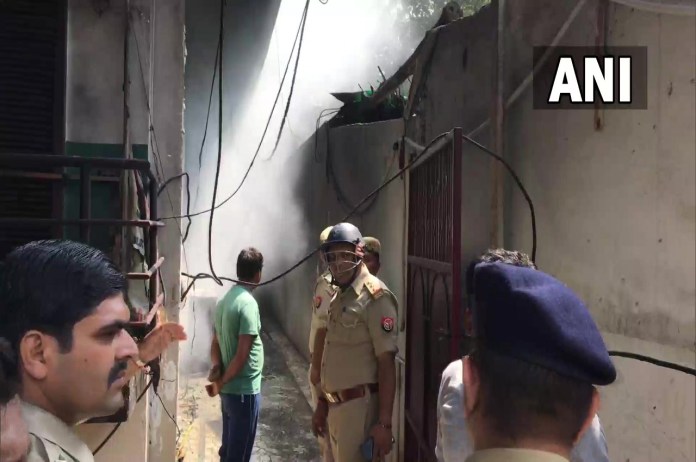 Kanpur: A fire broke out in a commercial building in Barra area of ​​Kanpur, Uttar Pradesh on Thursday, trapping 25 students in a coaching center on the first floor of the building.

Around 25 students were trapped in the Global Career Academy coaching center on the first floor of the building where the fire broke out.

Deputy Commissioner of Police (South) Pramod Kumar said that all the students were safely evacuated by the fire brigade personnel.

UP| Fire broke out in the trash at the basement of a building; we're investigating the reason behind it. The building had three floors with a hospital, coaching & an office each; all 25 people evacuated safely. No injuries reported, fire is under control: Kanpur DCP South P Kumar pic.twitter.com/OLUZmWokBA

NOC will be checked for the building

Preliminary police investigation revealed that there was no emergency exit door in the building. After the incident, the fire department has started investigating whether NOC was issued for the building or not.

According to the students, the fire started on the ground floor not from the stairs from the floors above. This prevented the students of the academy from escaping.

A student, Priyanka Chaturvedi, said that everyone was in the class when they noticed the smoke filling up the room. Another student said that all of us covered our faces and started running here and there.

“We went downstairs to exit through another back door, but the iron door was locked. We tried to open it, but it didn’t open.Moreover, the fire started at such a place, from where even firefighters were not able to enter.