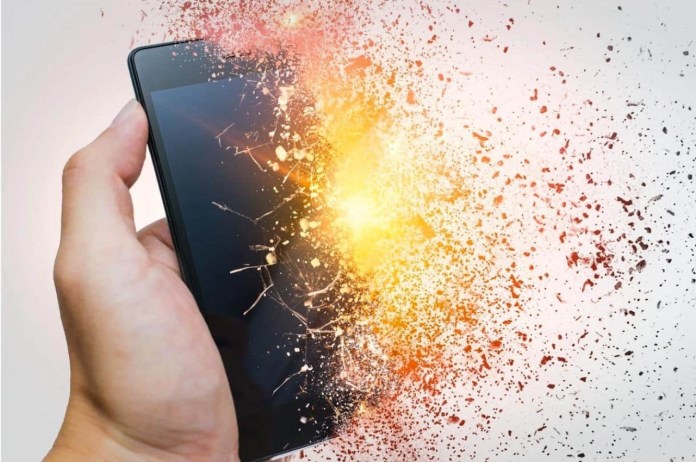 New Delhi: Mobile phones have brought many changes in our lives, but they can also be dangerous in many cases. Recently such a case has come to the fore in Bareilly, Uttar Pradesh. Family members say that the 8-month-old girl died due to the blast in the mobile phone. The victim’s family says that the phone was being charged through solar panels.

Due to overheating, the handset caught fire and the girl got scorched due to its grip. This is not the first case, when a smartphone has exploded. Earlier, a video of Madhya Pradesh had also surfaced, in which the phone exploded in the shopkeeper’s hand.

How dangerous can it be to use a smartphone in such a situation. In smartphone manufacturing, companies take special care of the heating of the phones. Then what is the reason for such incidents?

In most cases of smartphone blasts, consumer tampering has been found. Sometimes local battery and sometimes overcharging, there are many such cases, due to which there is a blast in smartphones. Let us know about some such bad habits, due to which we can become victims of accidents.

Also Read :- Amazon Deal: Get THIS newly launched smartphone for Rs 11,000 only!

According to experts, a phone should be charged only up to 80 percent. This also prolongs the battery life of the device and also reduces the risk of explosion. Many people have a habit of leaving the smartphone on charge all night.

Although the latest phones come with a power disconnect, but older phones do not have this facility. Due to excessive charging, it is not necessary that there is an accident, your phone can also get damaged.

In such a situation, doing both together can make the phone very hot. Due to this, any component of your smartphone may get damaged or there may be an accident. In the event of an accident, you can get injured due to the phone being in your hand.

The latest smartphones come with fast charging support. Charging capacity of different capacities has been given in different segment phones. Some phone supports 150W charging, while some get 15W charging.

Are you one of those people who talk on the phone a lot? Many times it must have happened, when you would have made a call by putting the phone on charge. You should think many times before doing this. Because if an accident happens in this situation, you can be badly injured.