The tipster further mentioned that the A77s will debut by the end of September or early October. 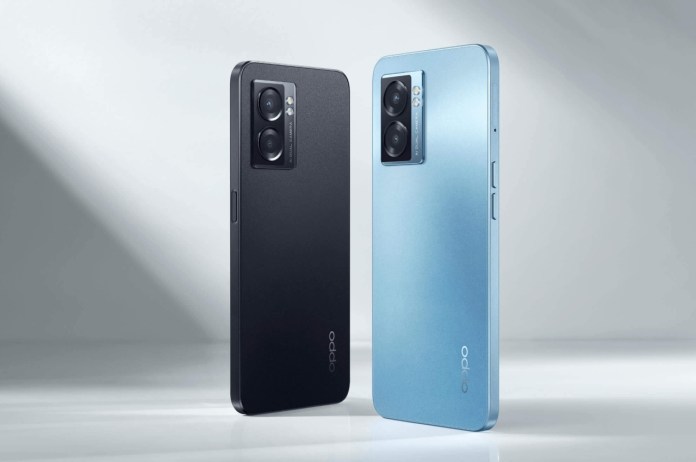 New Delhi: OPPO introduced the OPPO A77 mid-range phone in August, which includes the Helio G35. Several reports have claimed that OPPO is working on OPPO A77s for several markets. Tipster Mukul Sharma has revealed the configuration, color variants and launch time frame of the A77s. According to the tipster, the OPPO A77s will come in two variants in India, namely 6GB RAM + 128GB storage and 8GB RAM + 128GB storage. It will be available in Black and Blue colours. The tipster further mentioned that the A77s will debut by the end of September or early October.

OPPO A77s will be launched soon

The OPPO A77s, which carries the model number CPH2473, has been approved by several certification platforms such as India’s BIS, Thailand’s NBTC, EU Declaration Database, Indonesian Telecom Certification, TUV Rheinland and China’s CQC. Through a certification, it has been found that the device packs a 5,000mAh battery, which supports 33W fast charging.

The leaked specifications of the OPPO A77s reveal that it will definitely cost more than the OPPO A77, which is priced at Rs 15,490. It appears that the price of the device is around Rs 17,000. Unfortunately, there is no information available on the other specs of the A77s.

In all likelihood, the Oppo A77s may borrow some of its specs from the A77, which sports a 6.56-inch IPS LCD HD+ display, a Helio G35 chipset, Android 12 OS, and a 5,000mAh battery with 33W charging. It has an 8-megapixel front camera and a 50-megapixel (primary) + 2-megapixel (macro) dual camera setup at the back. For security, the device is equipped with a side-facing fingerprint scanner.

New Delhi: Until now, YouTube videos could only be downloaded through the mobile app....

New Delhi: It is still raining in many states of North India. There has...
India

New Delhi: A gunman opened fire in a Russian school on Monday, killing at...