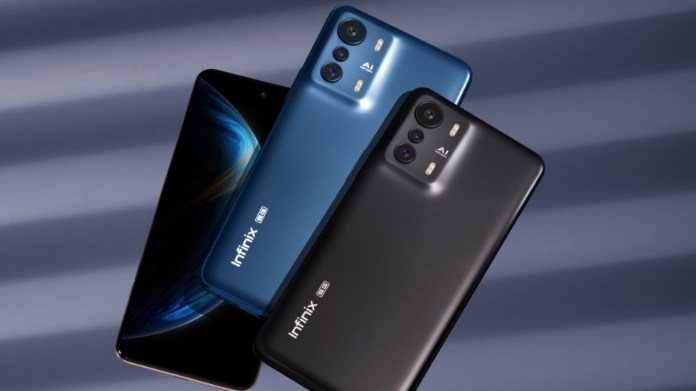 New Delhi: Infinix is going to launch a new smartphone in India. The company has geared up. Infinix has recently confirmed the release of Infinix Note 12i, and now the company has officially revealed the launch date of Infinix Zero 5G 2023. The Infinix Zero 5G 2023 series is being introduced next month, and it is expected that it will be launched in the budget range. Let’s look at all the details.

Infinix Zero 5G 2023 series is all set to be officially launched on February 4, 2023. Zero 5G 2023 will be the successor of Zero 5G launched last year under Rs 20,000. Based on the details revealed, it can be estimated that the new 2023 version will also be offered for around Rs.20,000. The device has been confirmed to arrive in White shade. Apart from this, other colors including Coral Orange and Submarine Black can also be given at the time of launch.

Infinix’s Zero 5G 2023 has already debuted globally. So, we can expect it to be launched in India with similar specs. The smartphone can get a 6.78-inch IPS LCD display with FHD+ resolution and 120Hz refresh rate support. It can come with MediaTek Dimensity 1080 chipset which can be supported by Mali-G68 GPU. It can get up to 8GB of RAM + 256GB of onboard storage.

It can be given a triple camera system with 50MP main lens, 2MP macro lens and 2MP depth sensor. To take a selfie, a 16MP camera can be given in the front. For the battery, it may come with 33W fast charging support and a 5,000mAh battery. In this, 3.5mm headphone jack can be given for audio and USB Type-C port for charging and data transfer. For connectivity, it can get 5G, Wi-Fi 6, Bluetooth and GPS support. In this case, you can use both wired and wireless headphones in it.

Realme can also launch its brand new phone on the 8th of next month. Users are expected to get 6.74 inch screen, Snapdragon 8+ Gen 1 processor, 240W fast charging supporting battery in this smartphone.