Zimbabwe has marked an historic win against Australia as they defeat the Kangaroos by 3 wickets at their home soil. 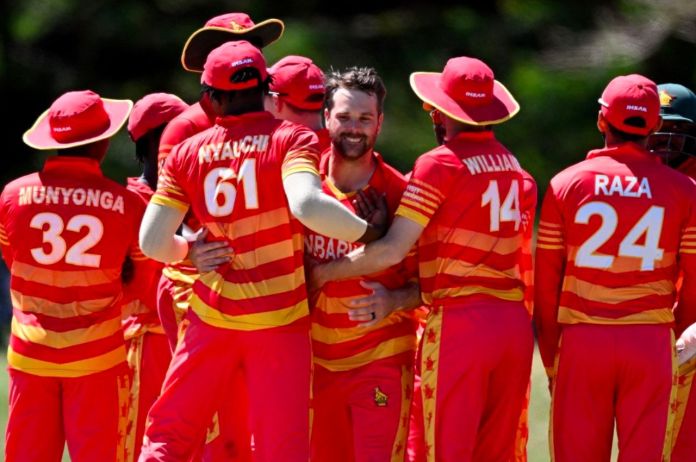 Townsville: Zimbabwe has marked an historic win against Australia as they defeat the Kangaroos by 3 wickets at their home soil first time ever in the history.

After winning the toss, Zimbabwe opted to bowl first and restricted Australia at just 141 runs. The visitors bowled out the entire team of the hosts within 31 overs.

David Warner was the only player for the side to garner runs. Paying a knock of 94-runs, the star player made the respectable total. Other than Warner, only Glenn Maxwell could make score in double digits and all other players returned for less 10.

Their first ever ODI victory against the hosts in Australia 👏#AUSvZIM pic.twitter.com/Z6gfI0dwSS

Zimbabwe openers Tadiwanashe Marumani and Takudzwanashe Kaitano played a decent knock of 19 and 35 runs. The batters of the visiting side reached to the target by the end of 39 overs and marked the historic win.

“It show how good we were” – Zimbabwe skipper

“Coming into the last game, the way we started off in the morning was great to see. Boys show a lot of fight and to get Australia to that sort of score shows how good we were. We head back, a bit of fitness works to be done, training and then off to the T20 World Cup,” said Zimbabwe skipper Regis Chakabva.