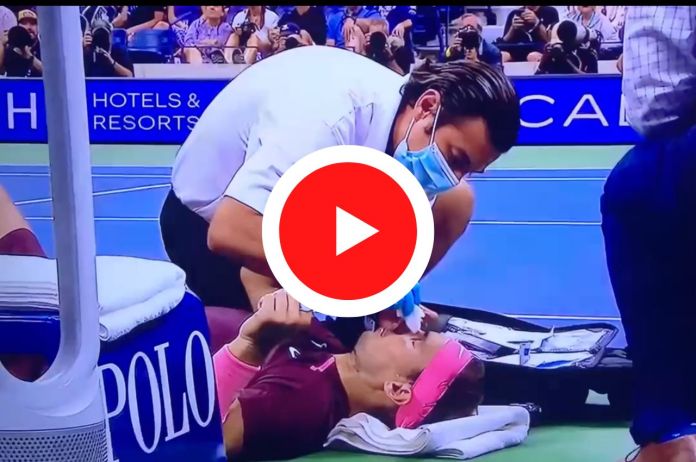 New York: Tennis great Rafael Nadal was 3-0 up in the fourth set against Fabio Fognini, the 36-year-old hit himself in the nose with the racket causing him to bleed. Nadal reacted immediately, dropped his racket, and went on to receive medical care.

Nadal said, “I am quite sore and at first I felt dizzy. The truth is that I was afraid because I thought it was broken. I’m not quite sure yet, it’s swollen since we finished playing.”

Nadal hit by the racket in the nose #USOpen #RafaelNadal𓃵 pic.twitter.com/RNGVedzzu1

Nadal went past the nose injury smoothly and won the match in 4 sets (2-6, 6-4, 6-2, 6-1). In the third round of the US Open, Rafa will face French tennis veteran Richard Gasquet, who defeated Taro Daniel and Miomir Kecmanovic to book his spot.

At the post-match on-court interview Rafael said, “Today’s match has been a 3 hours and 8 minutes match against a tough opponent so it’s a moment to survive, to stay positive, and just accept the things the way they are happening.”

“I didn’t play any match for the last 50 days. Only one match I think, so it’s about being humble enough to accept the process, to build the positive things, day after day in practice. Tomorrow is one more day of practice and definitely another opportunity. I just enjoy the fact that I am here to try my best every day,” he added.