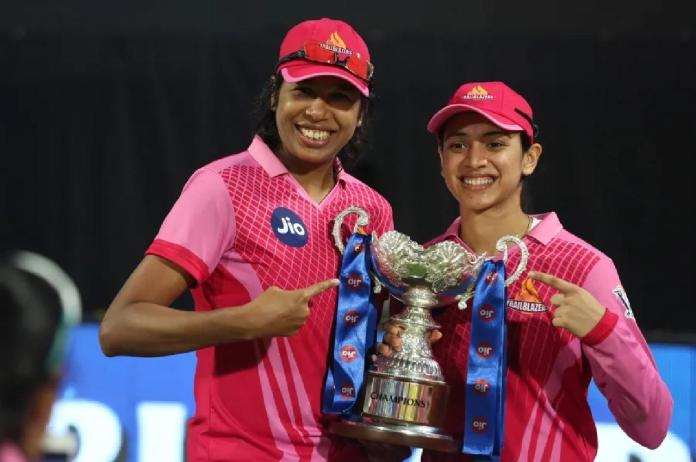 The inaugural women’s cricket league in India will be played in March. Before even bowling a single ball in the league, the women’s IPL has already collected a stunning revenue, fetching a record sum of INR 4669.99 crore.

The Women’s IPL is being named as the Women Premier League.

A look at the Five franchises with ownership rights for #WPL pic.twitter.com/ryF7W1BvHH

The Board of Control for Control Cricket in India (BCCI) secretary Jay Shah congratulated the bidder through Twiiter, calling it a “historic day”.

“Today is a historic day in cricket as the bidding for teams of inaugural Women’s Premier League broke the records of the inaugural Men’s IPL in 2008! Congratulations to the winners as we garnered Rs.4669.99 Cr in total bid. This marks the beginning of a revolution in women’s cricket,” Jay Shah tweeted.

Today is a historic day in cricket as the bidding for teams of inaugural #WPL broke the records of the inaugural Men's IPL in 2008! Congratulations to the winners as we garnered Rs.4669.99 Cr in total bid. This marks the beginning of a revolution in women's cricket and paves the

Auction is likely to be in first week of February

The Women’s Premier League will soon start after the ongoing Women’s T20 World Cup, which is hosted by South Africa.

“With regard to [the venues for the] first season, we are still talking,” Dhumal said. “That is work in progress. We will have to see logistical challenges involved in case it [WPL] has to be multi-city value or single-city value,” Arun Dhumal, the chairman of the IPL.

“This is a historic moment for Indian cricket, and we are delighted to be a part of it,” Nita Ambani, co-owner of Mumbai Indians, said in a statement.

“India’s women cricketers have always made the nation proud in the global sporting arena – be it the World Cup, Asian Cup or the recent Commonwealth Games. This new women’s league will once again shine a global spotlight on the talent, power, and potential of our girls,” she signed off.

“I’m sure our Women’s MI team will take the Mumbai Indians brand of fearless and entertaining cricket to a new level altogether,” co-owner Akash Ambani said.

“As we bring the MI experience and best practices into the women’s game, we look forward to seeing our women’s team excel and inspire future generations of female athletes,” Akash Ambani added.