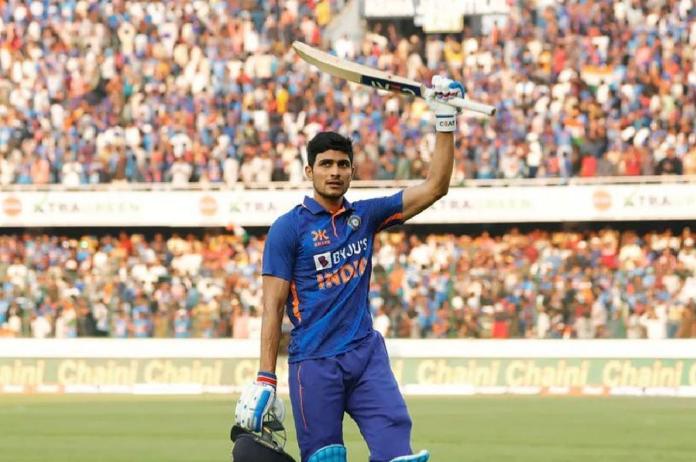 The in-form batter broke into the list of Top 10 batters in the latest ODI ranking released by the Internation Cricket Council (ICC).

The 23-year-old opener is the eye-catcher as the right-hander jumps from a whopping 20th place to sixth, following a brilliant double hundred and a century against the Kiwis at home.

Shubman Gill is ahead of Virat Kohli and Rohit Sharma

Shubman Gill sits comfortably at the 6th position on the ICC ODI batter ranking, ahead of his teammates Virat Kohli and Rohit Sharma. Gill with 734 rating points leads the list of the Top 10 Indian batter. With 727 ratings, veteran batter Virat Kohli is just below the rising cricket champion, Shubman Gill. Captain Rohit Sharma is on 9th position with 719 ratings.

Pakistan skipper Babar Azam is still enjoying his first position in the ODI batter ranking. The star batter with 887 points retained his position once again. But now, there is a total of three Indian players inside the Top 10, chasing the highest accolade.

In the last ODI match against the Kiwis, Shubman brought up his 4th ODI century and his 2nd hundred in that series.

There was not too much joy for New Zealand after they lost the series to India 3-0 and relinquished the No.1 ODI team ranking. However, Devon Conway improved 13 spots to 37th overall on the list for batters after his superb century in the final game of the series.