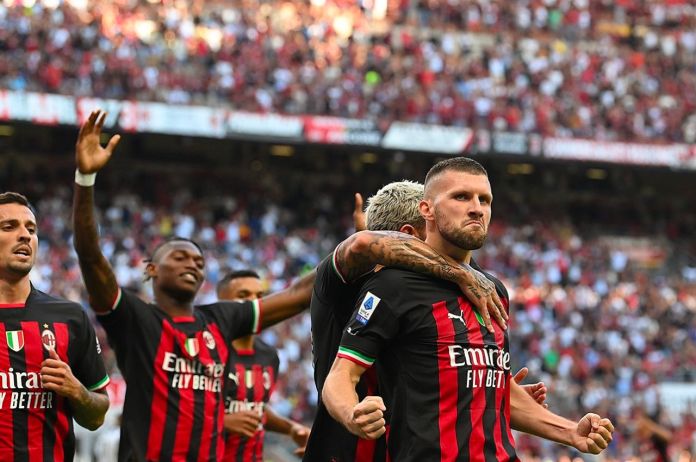 New Delhi: Defending Serie A champions AC Milan got their new campaign off to a winning start with a 4-2 victory against Udinese.

Milan bounced back from going behind with less than two minutes on the clock to claim the three points thanks to two goals from Ante Rebic, a Theo Hernando penalty, and a strike from Brahim Diaz.

“We can do better, there were a lot of positives but and other things on which we can improve but that’s normal for this period of the season,” said Milan coach Stefano Pioli

Former Liverpool striker Divock Origi, who joined Milan on a free transfer from the Premier League side this summer, was brought on by boss Pioli to make his league debut in the closing stages.

Fans at a packed San Siro roared “we are the champions” as the team made a comeback. Ante Rebić, the Croatian international became the man of the match. A lot of responsibility was on his shoulders tonight as Giroud couldn’t make it from start. He responded in style with two well-taken goals and he was also heavily involved in the Rossoneri’s dangerous chances.

Ac Milan tweeted, “A scintillating start to our campaign! The first three points in the bag #SempreMilan #MilanUdinese @Acqua_Lete,” on their official Twitter handle.

Udinese, which finished 12th last season, was the last side to score against Milan at the San Siro before the champion went on a run of five home games without conceding a goal to clinch the title.

Udinese hosts Salernitana next Saturday while Milan travels to Atalanta on Sunday.