HomeSportsAsia Cup 2022: India vs Pakistan again; Find out How

Asia Cup 2022: India vs Pakistan again; Find out How

The two arch-rivals of Asia Cup, India and Pakistan can fight against each other once again in the tournament. 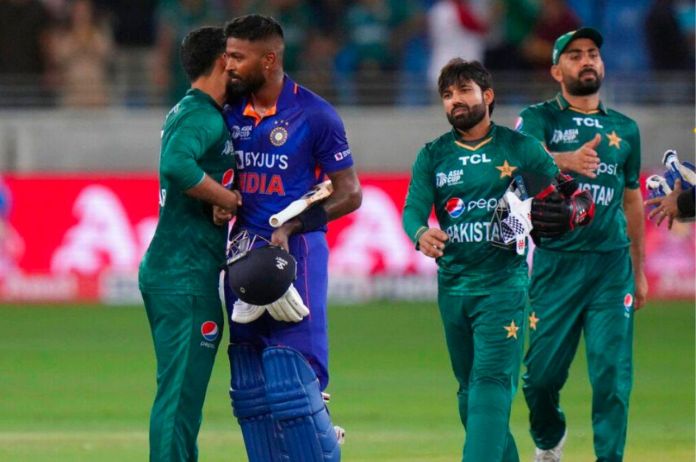 New Delhi: India and Pakistan kicked off their 2022 Asia Cup campaign with an intense clash at the Dubai International Stadium on August 28, Sunday.

Sunday’s clash might just be a trailer of what is to come as the two teams can end up facing each other as many as three times in the competition. They have faced each other once in their opening matches when India thrashed Pakistan by 5 wickets.

In all likelihood, the two teams will once again take the field in the Super 4 stage of the competition on September 4, Sunday. The format of the 2022 Asia Cup sees the six teams divided into two groups of three. The top two teams of the group will qualify for the Super 4 stage where all four teams will face each other once.

India won against Hong Kong by 40 runs. The men in blue have become the first team from Group A to qualify for the Super 4 stage. Now, the clash between Pakistan and Hong Kong will be a virtual knockout on September 2, Friday.

India vs Pakistan in Finals

After the Super 4 stage, there might be one more India-Pakistan match if both teams make it to the finals which is on September 11. After all four teams play each other once, the top two teams in the league standing will face each other in the finals. The points from the group stage will not carry forward into the second round.