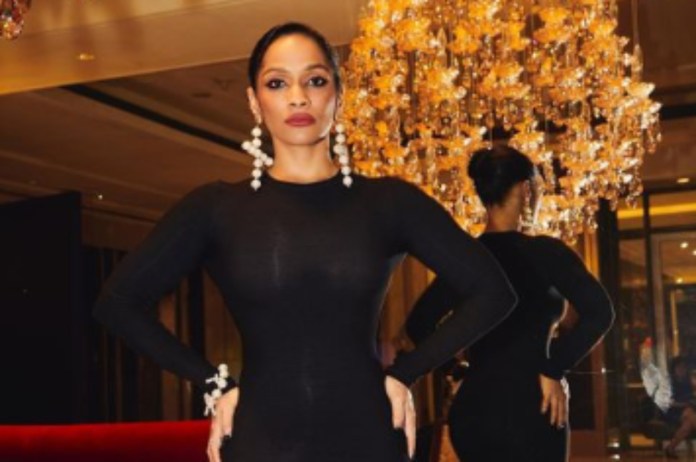 New Delhi: Masaba Gupta frequently inspires us to eat well with her culinary escapades. She loves eating passionately and occasionally indulges in a variety of mouthwatering treats, just like many of us. It’s just great to see the talented fashion designer taking a break from her hectic work to enjoy some delicious meals and post about it online with her fans. Her most recent indulgence is similar to others.

In fact, the picture of her binge will take you to the North Indian alleyways. Can you figure out what she have had? Chhole Bhature it was! 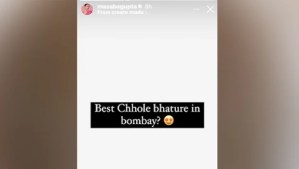 Masaba Gupta eventually discovered the place that offers “the best chhole bhature in Bombay.” On her Instagram Stories, she posted a photo of this mouthwatering Punjabi food. The chhola dish, which was made with hearty, traditional masalas, was served alongside the deep-fried bhaturas. Sliced onions and pickles are served alongside the dish.

Mentioning the restaurant, Masaba wrote, “Gulati’s – Andheri East it is. May you live long @kavi.kaurarjun and @ritwikbhowmik topppp Recco!! A perfect breakfast.” 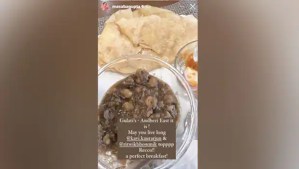 A common street snack in Delhi, Punjab, Uttar Pradesh, and other regions of North India is chhole bhature. If Masaba’s food diaries gave you a yearning for this treat, you may make it at home with ease as well.

Earlier, Anushka Sharma shared a restaurant in Mumbai where she finally found the Delhi-styled Chhole Bhature for her husband-cricketer Virat Kohli. Chhole bhature also makes for a wonderful cheat meal for the power couple.