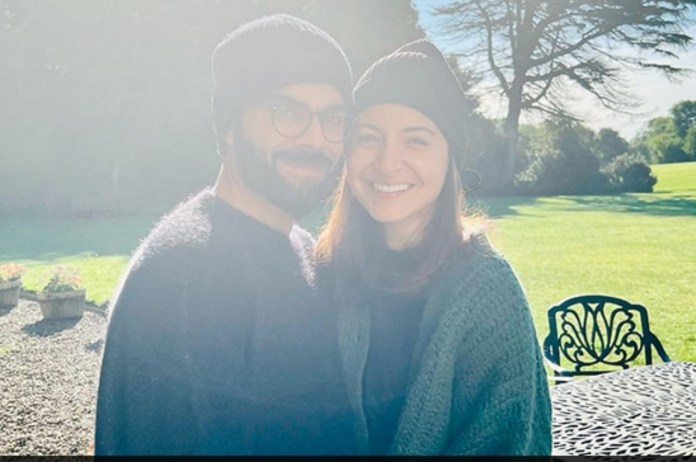 New Delhi: Anushka Sharma and Virat Kohli have recently reached Mumbai. Well, we all know how much Virat loves Chole Bhature-especially the Delhi style. Now after reaching the city, Virat’s cravings for Chole Bhature made his wife Anushka to search the whole of Mumbai for just the perfect Delhi-styled Bhature.

Seems Anushka’s search has come to an end, as the actress finally found a restaurant serving the ultimate Delhi-style Chole Bhature. Anushka took to her Instagram story and penned down a long note for her “big achievement.” She give a shoutout to an eatery in Chembur stating that she had been searching for Delhi-like Chole Bhatur for Virat and her search has finally ended.

She thanked comedian Abhishek Upamanyu for sharing a post in which he mentioned this eatery. Anushka’s post reads, “And I have @aupmanyu to thank for posting this story a few days back and doing the hard work for all Delhi based chola bhature lovers like himself!”

The actress was previously vacationing in the UK, and amid the busy schedule, the actress also spent some quality time with her daughter Vamika Kohli.

Anushka shared an Instagram reel, in which she shared a glimpse of her playdate with her daughter. In the video, the actor can be seen running toward a giant slide and coming down happily as if she recalls her childhood.

While sharing the video, she wrote, “I was on a play date with my little girl and I was clearly doing most of the playing.”

The video has gathered 1.5 million views in an hour, and the numbers are increasing.

The actress recently announced the schedule wrap of her upcoming sports biopic film ‘Chakda Xpress’. She shared a picture on her story which she captioned, “Schedule wrap,” followed by joined hands and cricket emojis.

On the work front, Anushka was last seen in Zero (2018) with Shah Rukh Khan and Katrina Kaif. Now after four years, her next film Chakda Xpress is coming soon. Helmed by Prosit Roy. The film is a sports biopic film based on the life of former Indian cricketer Jhulan Goswami. In this film, she will be portraying the role of a cricketer for the first time in her career.