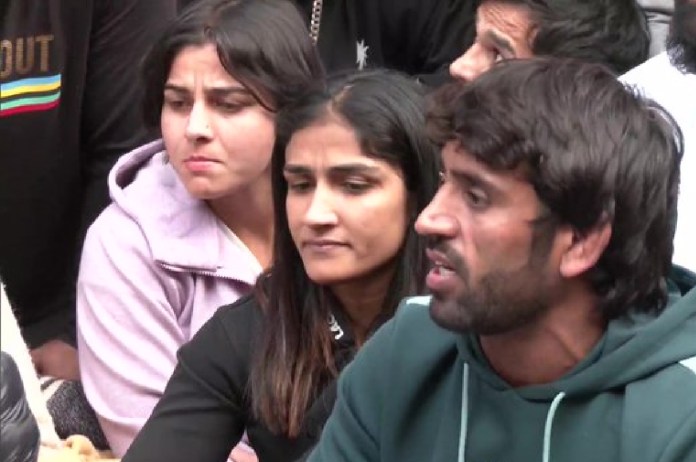 New Delhi: Olympian Wrestler Bajran Punia on Wednesday alleged harrasment by the Wrestling Federation of India while staging a protest at Jantar Mantar in the national capital.

“Wrestlers are being harassed by the Wrestling Federation of India (WFI). Those who are a part of WFI know nothing about the sport,” said Bajrang Punia.
He called upon Prime Minister Narendra Modi and Union Home Minister Amit Shah seeking change in the management of the WFI.
Read More :-‘READY FOR INVESTIGATION,’ SAYS WFI PRESIDENT AFTER WRESTLERS ALLEGE SEXUAL HARASSMENT

Meanwhile, Wrestler Vinesh Phogat said that she was called “khota sikka” on loosing at Tokyo Olympics. She said, “After the Tokyo Olympics defeat, WFI President called me ‘khota sikka’. WFI mentally tortured me. I used to think of ending my life each day. If anything happens to any wrestler, then the responsibility will on WFI president.”

Earlier in the day, Bajrang Punia said, “Wrestlers do not want to tolerate the ongoing dictatorship. We will hold a press conference between 3-4 pm and reveal everything there”