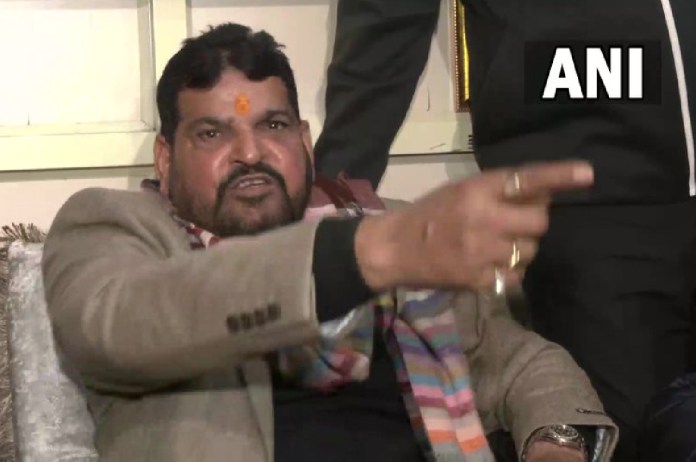 New Delhi: Wrestling Federation of India (WFI) president Brijbhushan Sharan Singh on Wednesday dismissed allegations levelled by athletes including wrestler Vinesh Phogat. He said that he is “ready for and investigation.”

“Sexual harassment is a big allegation. How can I take action when my own name has been dragged into this? I am ready for an investigation,” said the WFI president.

Earlier in the day, Wrestler Phogat made serious charges against the male coaches “favourite” to the WFI and accused them of sexual harassment.

“Coaches are harassing women, and some coaches who are favourite of the federation misbehave with women coaches as well. They sexually harass girls. The WFI president has sexually harassed so many girls,” said Phogat.

“They (federation) interfere in our personal lives as well and bother us. They are exploiting us. When we went to olympics, we did not have physio or a coach. Since we have raised our voices, we are being threatened,” she added.

She said that she was called “khota sikka” on loosing at Tokyo Olympics. “After the Tokyo Olympics defeat, WFI President called me ‘khota sikka’. WFI mentally tortured me. I used to think of ending my life each day. If anything happens to any wrestler, then the responsibility will on WFI president,” added Phogat.

Wrestlers in a huge number gathered at Jantar Mantar in the national capital on Wednesday to protest against the WFI. Olympian Wrestler Bajran Punia also alleged that the organisation has been harrassing the sportpersons.

“Wrestlers are being harassed by the Wrestling Federation of India (WFI). Those who are a part of WFI know nothing about the sport,” said Bajrang Punia.

He called upon Prime Minister Narendra Modi and Union Home Minister Amit Shah seeking change in the management of the WFI.