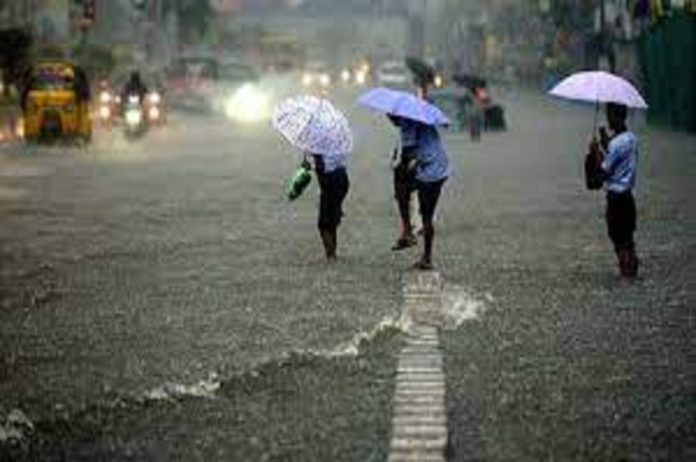 Weather update: The majority of the country’s weather patterns are rapidly shifting, particularly in North and Central India. Even if it is chilly at night, it is still warm during the day. The impact of fog can also be seen in a variety of locations. At the same time, the temperature has dropped substantially in the hill states. The Meteorological Department issued an amber rain warning for areas of South India and hilly regions today.

For the previous few days, the upper areas of the Himalayas have seen rain and snowfall. As a result, the temperature has dropped below zero in several regions here. Meanwhile, the Meteorological Department has forecast snow and rain in many areas of Jammu and Kashmir, Ladakh, Gilgit-Baltistan, Himachal Pradesh, and Uttarakhand for today. As a result, more temperature drops are possible across these areas.

According to IMD, it would be witnessed across North and Central India in the coming days due to the continuing decline in temperature in hilly places. Many provinces in the country, including Punjab, Haryana, Delhi, Uttar Pradesh, Madhya Pradesh, Chhattisgarh, Rajasthan, Maharashtra, Gujarat, Telangana, and Odisha, are expected to experience increasing cold during the next four to five days.

In the meantime, a low pressure system has developed over the southwest Bay of Bengal, off the coast of Sri Lanka. It is expected to worsen during the following 24 hours. It is forecast to proceed towards the shores of Tamil Nadu and Puducherry. Heavy to very heavy rainfall is forecast in a few spots in North Coastal Tamil Nadu, Puducherry, Karaikal, and adjoining areas, according to the IMD.

The weather has issued a warning to fishermen along and off the coasts of south Andhra Pradesh, Tamil Nadu, Puducherry, and Sri Lanka, as well as the Gulf of Mannar and the adjoining Comorin area, as well as southwest and the adjoining west-central Bengal today and tomorrow, due to the threat of rain and strong winds. Swimming in the Gulf is not recommended. Additionally, fishermen have been advised not to venture into the southeast and adjacent east-central Arabian Sea, Kerala coast, Lakshadweep area, and Maldives coasts between November 13-14.

Heavy rain is expected in numerous locations today, including Tamil Nadu, Andhra Pradesh, Kerala, and Lakshadweep, according to private weather forecasting organisation Skymet Weather. Day and nighttime temperatures are expected to fall further throughout the Northwest and Central United States.