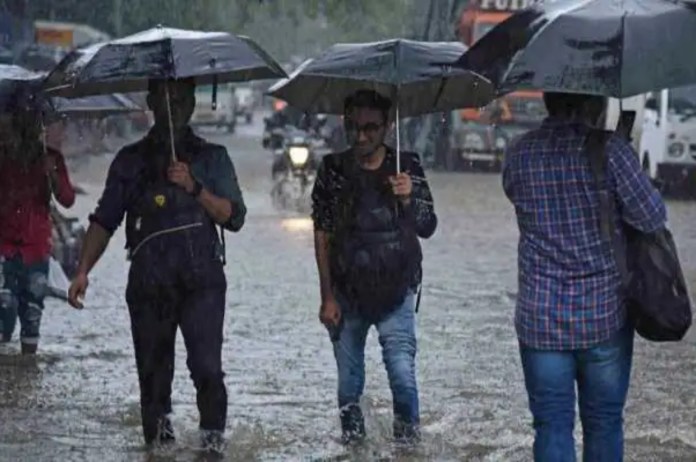 New Delhi: Amidst the withdrawal of monsoon, rain activities are being seen in many states of the country. The weather conditions in the country’s capital Delhi have also been good for the last few days. People have relief from the heat. According to the Meteorological Department, there will be light to moderate rain in Delhi today, on 20 September. Also, there will be dark clouds in the sky. The minimum temperature in Delhi today is 24 degrees and the maximum temperature can be 33 degrees.

There will be rain with thunder in these states

According to the Meteorological Department, Odisha and Chhattisgarh on September 20 and 21, Jharkhand on September 20, Vidarbha on September 21 and 22, and East Madhya Pradesh from September 20 to 23 are likely to receive moderate to heavy rain. During September 20-23, widespread light/moderate rainfall with isolated heavy rain and thundershower/lightning is very likely over Arunachal Pradesh. Apart from this, the same situation is going to be in Assam and Meghalaya during 20 to 23 September and Nagaland, Manipur, Mizoram and Tripura on 19 and 20 September 2022.

What is the update of the Meteorological Department on Monsoon

IMD predicts that due to anti-cyclonic flow over North-West India, the weather is likely to remain dry with less rain likely over West Rajasthan, Punjab, Haryana, Chandigarh and Delhi during next 04 days. At the same time, conditions may become favorable for withdrawal of Southwest Monsoon from some parts of Northwest India during 3 days.