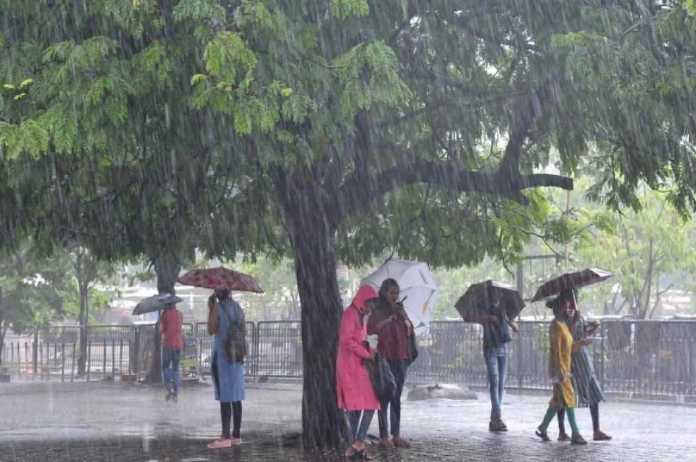 Weather Update: Winter has arrived in the plains as a result of the persistent snowfall and rain in the hill states. People throughout the entire North and Central India, including Delhi-NCR, have begun to feel chilly in the morning and evening. Temperatures are steadily dropping across the board. Morning fog is also common in many regions. The Meteorological Department predicts a significant drop in temperature in numerous places during the following three to four days.

Meanwhile, the Meteorological Department has forecast rain and snowfall in hilly areas for today. According to the MID, rain and snow may fall in various areas of Gilgit-Baltistan, Muzaffarabad, Ladakh, Jammu-Kashmir, Himachal Pradesh, and Uttarakhand today. Significantly, a significant drop in temperature has been reported in the entire region as a result of occasional snowfall and precipitation in these places during the last several days. As a result, the temperature has plunged below zero and reached negative. As a result, individuals in these locations face numerous challenges.

Today’s weather in Delhi-NCR is expected to be clear, according to the Meteorological Department. Although the cold is expected to worsen when the sun goes down. There is now no danger of fog in these places.

The rainy season is still in effect in many southern states. The Meteorological Department has predicted rain in a number of states, including Tamil Nadu, Andhra Pradesh, Kerala, Puducherry, and the Andaman and Nicobar Islands, in this series.

A cyclonic circulation has formed over the Southeast Arabian Sea, according to private weather forecasting organisation Skymet Weather. Another cyclonic circulation exists over the east-central Bay of Bengal and the north and south Andaman Sea. Meanwhile, rain will fall in numerous places, including Andhra Pradesh, Tamil Nadu, South Interior Karnataka, Goa, and the Andaman and Nicobar Islands. The rest of the country is expected to see dry weather.