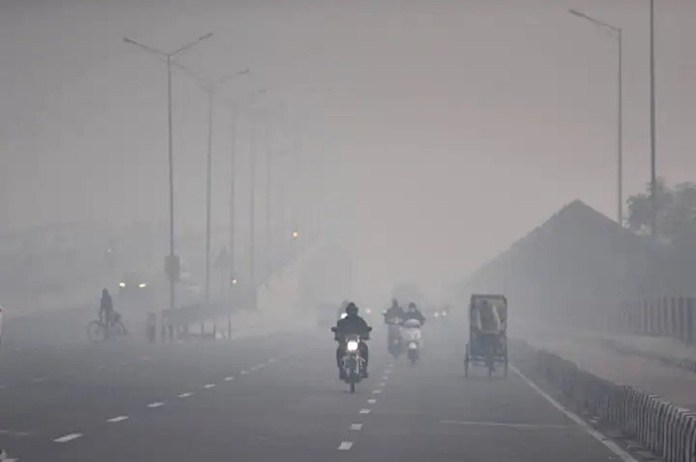 Weather report December 29: Winter is on peak and spreading its chilling effects to welcome the new year 2023. North India is in the grip of severe cold.  Delhi, NCR regions reeled under the dense fog, intense cold where normal has been paralysed. Schools and colleges remain shut and number of people thronged tea stalls to beat the chill of the season. However, temperature remain at 4 degree Celsius but cold breeze has made the cold more chilling.

Weather report December 29: Several areas including Jammu-Kashmir, Himachal, Uttarakhand, Punjab, Rajasthan, Madhya Pradesh, Bihar have been witnessing severe cold for the past several days. According to the Meteorological Department, from December 31, the outbreak of cold wave and dense fog will increase again in many areas. In many places, by January 2, the minimum temperature will reach four degrees.

Along with the cold, fog and fog have also put people in trouble. Visibility reaches zero in the morning at many places due to mist and dense fog. This is affecting the normal life as well as the traffic. Long distance trains are also being hit the most by the fog. Trains are also getting delayed due to fog, so it has to be canceled as well. Due to this the passengers had to face problems.

Meanwhile, according to the Meteorological Department, there is a possibility of rain with snowfall in the mountains of Gilgit-Baltistan, Muzaffarabad, Ladakh, Jammu-Kashmir, Himachal Pradesh and Uttarakhand for the next few days. Due to the continuous snowfall in the Himalayan areas for the last several days, the mercury of the temperature has dropped below zero i.e. minus. Water has frozen in many places. Due to which people are facing huge problems.

According to private weather forecasting agency Skymet Weather, the cold day conditions are likely to subside at some places today. On the other hand, dense to very dense fog is expected in many parts of North India. Dense fog will remain in parts of Punjab, Haryana, North Rajasthan, West Uttar Pradesh and Delhi today.