The video of the incident went viral on the internet, following which the Saharanpur sports officer Animesh Saxena has been suspended. 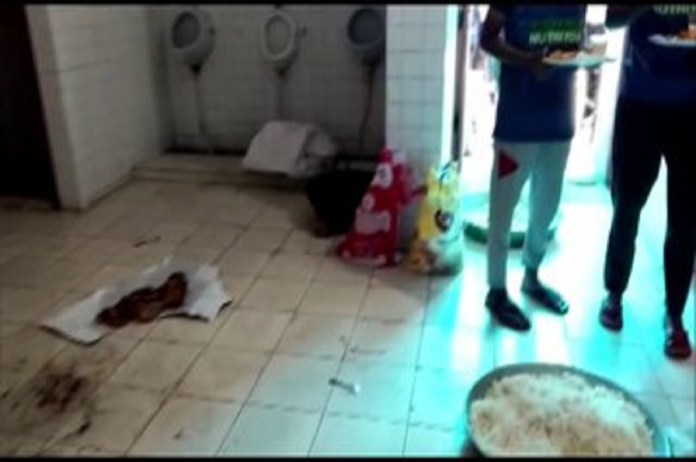 Saharanpur: In a Kabaddi tournament organized at Dr. Bhimrao Sports Stadium in Saharanpur, Uttar Pradesh, players were forced to eat food inside the toilet. Visuals of a plate full of rice placed on the toilet’s floor have surfaced on the internet since Saturday.

The video of the incident went viral on the internet, following which the Saharanpur sports officer Animesh Saxena has been suspended. The District Magistrate has also set up an inquiry in the matter.

Around 200 players participated in a three-day state-level U-17 girls’ kabaddi tournament, in Dr. Bhimrao Sports Stadium in Saharanpur. The competition was held between September 16-18, in which 17 teams participated.

Reports citing the participating players claimed that the players were being served half-cooked food and alleged that the food was kept in the toilet due to shortage of space.

It is reported that the food was served inside the toilet, on the first day of the competition (September 16), after the players raised questions about the undercooked rice. The cook picked up the rice plate and placed it inside the toilet, media reports said.

In the viral video, some pooris were seen lying on the toilet floor inside the toilet.

After the visulas surfaced on the internet, the Saharanpur sports officer Animesh Saxena was suspended.