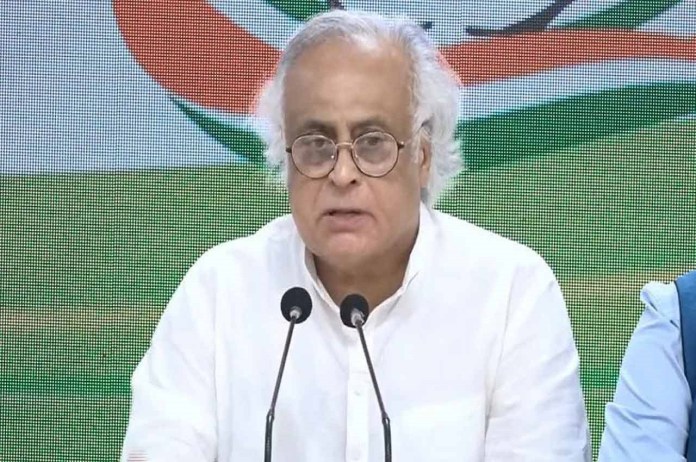 New Delhi: The Congress on Friday expressed disappointment over the Supreme Court order releasing all six convicts serving life imprisonment in connection with the Rajiv Gandhi assassination case and termed it ‘totally unacceptable and completely erroneous.’

“The decision of the Supreme Court to set free the remaining killers of former PM Rajiv Gandhi is totally unacceptable and completely erroneous,” Congress general secretary in-charge of Communications Jairam Ramesh said in a statement.

“The Congress Party criticises it clearly and finds it wholly untenable”

My statement on the decision of the Supreme Court to free the remaining killers of former PM Shri. Rajiv Gandhi pic.twitter.com/ErwqnDGZLc

“It is most unfortunate that the Supreme Court has not acted in consonance with the spirit of India on this issue,” he added.

The top court in its order on Friday ordered the release of all six remaining convicts serving life imprisonment in connection with the Rajiv Gandhi assassination case, including Nalini Sriharan, R P Ravichandran, Santhan, Murugan, Robert Payas and Jayakumar.

The court noted their remission of sentence as recommended by the Tamil Nadu state government, and directed their release.