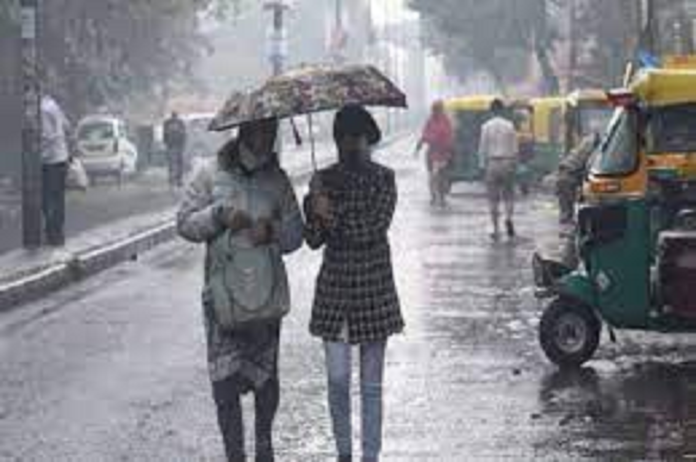 Today’s Weather: Weather is playing hide and seek as in coming days the weather will change once again. After respite from severe cold wave IMD predicted heavy rains for the next four days. Rain and snowfall continued in hilly areas from Monday. It is expected that light to moderate rain will hit Punjab, Haryana, Delhi, North Rajasthan and Western UP. Due to this, the cold will increase once again. (Today’s Weather)

From the mountains to the plains of North India, there is an outbreak of extreme cold. However, for the last two-three days, people have got some relief from the cold. From today once again the weather patterns are forecast to change. Significantly, from the first day of the new year 2023, the weather has remained very cold in the whole of North India.

The weather pattern remains very cold in the hilly areas. The mountains of Jammu-Kashmir, Ladakh, Himachal Pradesh and Uttarakhand have been receiving rain along with snowfall for the past several days. Along with this, the Meteorological Department says that between January 23 and 26, along with snowfall in these areas, rain can also intensify. Along with this, there are chances of light rains in Punjab, Haryana, Delhi, North Rajasthan and Western UP from January 23 to 26. After the snowfall, once again the cold wave can start.

According to private weather forecasting agency Skymet Weather, rain and snow are expected in Gilgit-Baltistan, Muzaffarabad and Jammu and Kashmir during the next 24 to 48 hours. On the other hand, between January 24 and 28, there may be rain and snowfall in many parts of Ladakh, Jammu Kashmir and Uttarakhand and rain in some heavy places. From today to January 26, rain activities will increase over Haryana, Punjab, Delhi, Uttar Pradesh, North Madhya Pradesh as well as parts of North and East Rajasthan. Light rain is possible in some parts of Tamil Nadu.