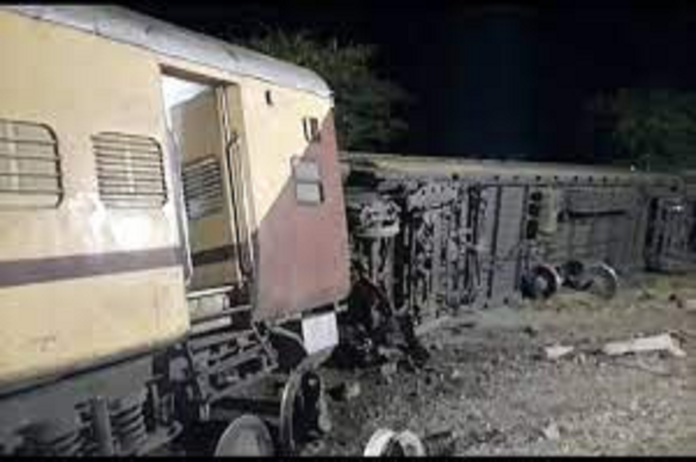 Suryanagari Express accident: In the early hours of Monday, a derailment incident occurred at Pali in Rajasthan, affecting up to eleven coaches of the Bandra Terminus-Jodhpur Suryanagari Express, according to the North Western Railway (NWR).

The NWR’s Chief Public Relation Officer (CPRO) claims that “The derailment of the Bandra Terminus-Jodhpur Suryanagari Express train affected 11 carriages. The area has been reached by higher officials. For stranded travellers, buses have been set up so they can get to their destinations.” The event happened between the Rajkiawas-Bomadra area of the Jodhpur division at 3:27 in the morning. The train was headed to Jodhpur and left Bandra Terminus, according to the CPRO.

(Suryanagari Express accident): According to passengers, the incident happened five minutes after the train left Marwar junction. There were no victims.

According to reports, no casualties have been reported thus far. They also noted that an accident relief train had arrived at the scene shortly after the event.

“The train had departed from Marwar junction five minutes before we heard a loud noise and the train stopped. We got down only to see sleeper class coaches lying off the track. Within 15-20 minutes, ambulances arrived,” said one of the passengers.

The helplines for travellers and worried family members have also been made available by Northern Western Railway.

Help desks have been set up at all boarding stations of the train for assistance. Passengers and their families can also contact, 138 and 1072, for any information, CPRO, North Western Railway said.

Passengers on board the train said that they were terrified by the derailment incident.