Survey of Assam Madrassas to complete within 6 months 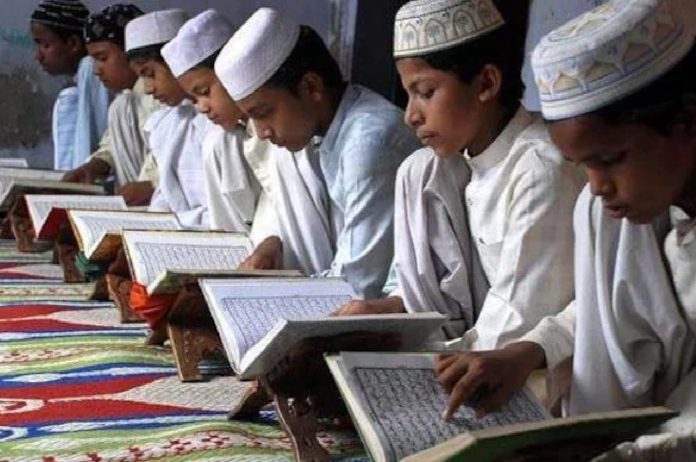 New Delhi: All India United Democratic Front (AIUDF) informed that the survey of private madrassas in Assam will complete within next 6 months. Madrassas with no or a few students will be amalgamated in one.

AIUDF General Secretary informed, “Survey of private madrasas to be completed within 6 months. Those that do not have students are amalgamated. We’re focusing on infra of madrasas. If outsider is appointed as teacher police verification is needed, it’s general practice.

On Wednesday, the state government asked all the madrasas to provide every details including teachers’ profile, locations of the institute and the number of students enrolled. The said details were supposed to be submitted by December 4.

The deadline was decided in an official meeting on Wednesday attended by director general of police Bhaskarjyoti Mahanta, director of secondary education Mamata Hojai, representatives of the madrasas and other government officers.

Among all the details, profile of teachers is one significant detail. Earlier this year, several teachers of madarssas were held for their alleged links with Al-Qaeda in the Indian Subcontinent (AQIS) and Ansarullah Bangla Team (ABT).

In the meeting, it was decided that there should be at least 3 km of distance between two madarssas and each of them should have 100 students preferably. The Muslim education institutions will be merged if they do not follow the guidelines.