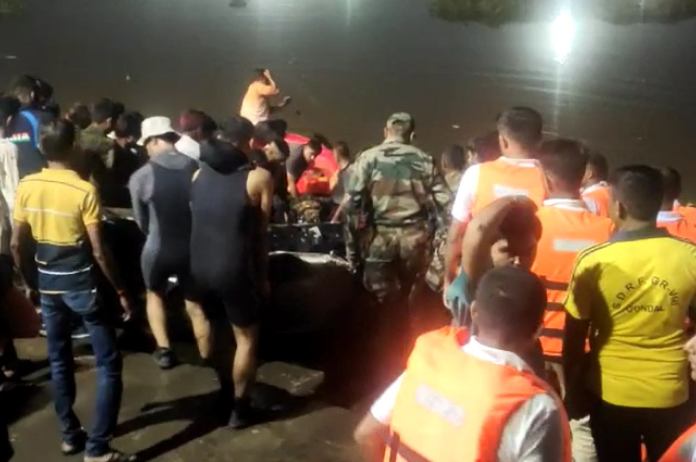 New Delhi: The Morbi Bridge Collapse in Gujarat has shocked the nation as over 130 people have claimed to be dead in the incident so far. After the incident took place, those who prompted to help people besides of rescue forces were the locals.

One of the locals said that he did not sleep for the night after seeing a pregnant woman dying in front of him.

A tea seller shared his experience saying, “Everything happened within seconds. I saw people hanging on to the bridge and later falling into the water as their grip loosened and they slipped into the water. It was really heartwrenching. A 7-month pregnant woman also died in the bridge collapse. It shattered me to the core.”

“There were just people dying everywhere. I tried helping as much as I can. Took people to the hospital,” he added.

The tea seller went on to share horror of the incident. He said, “I have never seen anything like this. There was this small kid. We tried rescuing her. She spat out a lot of water and we were really happy that she would survive, however she soon took her last breath in front of me as we rushed her to the hospital. I was shaken.”

Meanwhile, Hasina Bhen, one of the people who had witnessed the incident, said that she had given both of her vehicles to carry bodies.

She said, “I never realized when the morning dawned. My family and I was involved in rushing people to the hospital for the whole night. I have given both my vehicles to people to ferry the injured to hospitals. I have two sons and a daughter and both my sons have been just helping out people and are continuing even now.”

“It really shook me when I carried dead children with my own hands as I thought of taking them to the hospital. But they had nothing left in them. It broke me. I can’t even speak about it…..,” said Hasina Bhen as she broke down.

Others narrated how they attempted to rescue those, including children who were seen clinging on to the bridge but they had to stare helplessly as they fell into the river and either drowned or got swept away. Some able-bodied people were seen climbing up back the broken bridge, part of which was touching the water.