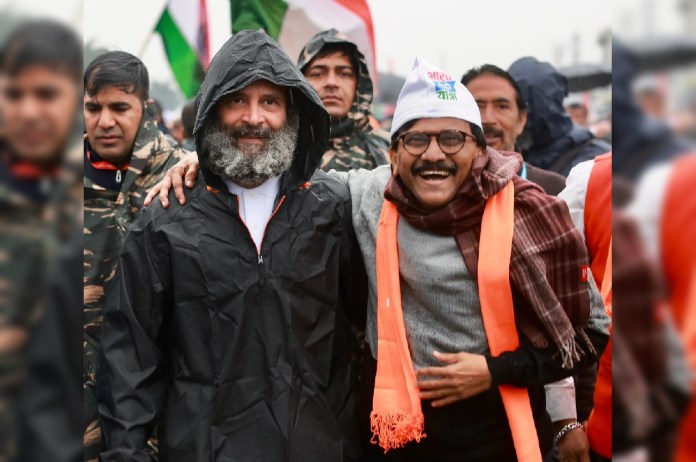 This comes after a huge political ruckus over wearng only a white T-shit in the chilling weather.

Rahul Gandhi earlier stated that he decided to wear only T-shirt after seeing a few girls ‘shivering in torn clothes’ in cold weather in Madhya Pradesh. Talking to media, the Wayanad MP said that he will not wear until he shiver.

Gandhi said, “One day three poor girls in torn clothes came to me … When I held them, they were shivering as they were not wearing proper clothes. On that day, I decided that till the time I don’t shiver, I will only wear a Tshirt.”

He also said, “People ask me why I am wearing this white T-shirt, do not I feel cold. I will tell you the reason. When the yatra began … in Kerala, it was hot and humid. But when we entered Madhya Pradesh, it was slightly cold.”

Shiv Sena (UBT) leader Sanjay Raut also particpated in the Bharat Jodo Yatra, representing his party in the footmarch. He said that he looks up to Gandhi as a leader to raise voice on issues that matters.

The news agency PTI quoted Raut, “I have come to join the Yatra on behalf of my party. The atmosphere in the country is changing fast and I see Gandhi as a leader who is raising his voice on real issues.”

“The way people are connecting with this yatra is heartwarming. He is a leader and that is why he is on the roads. The people will choose (who would be their leader), he added.

The Bharat Jodo Yatra has entered the Jammu and Kashmir on Thursday, heading towards the end of the footmarch in Srinagar on January 30. The Yatra started on September 7, last year from Kanyakumari in Tamil Nadu.

Meanwhile, the weather in Jammu and Kashmir is inclement due to which, the yatra delayed for one and half an hour to start.