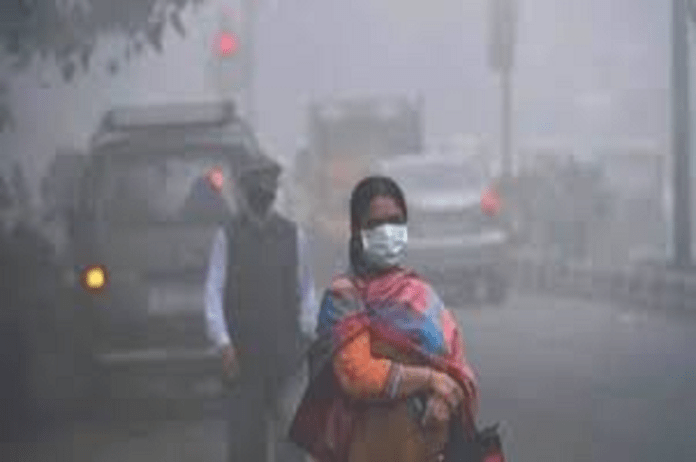 According to the System of Air Quality and Weather Forecasting and Research, the Air Quality Index (AQI) for the nation’s capital was 381 on Monday, remaining in the “extremely poor category” (SAFAR).

In the vicinity of Delhi University, the AQI was 389, whereas in the vicinity of IIT Delhi, it was 382. The air quality in the T3 section of the airport was measured at 387. The National Capital Region’s (NCR) AQI, according to SAFAR, remains in the “Very Poor Category.” It was noted that the AQI in Gurugram was 388, while Noida likewise recorded the same value.

the subcommittee for invoking actions under the GRAP of CAQM decided that there is no need to invoke stage III of GRAP at this time, the Ministry of Environment, Forest and Climate Change informed on Sunday, even after the overall air quality of the national capital deteriorated suddenly, quickly, and unanticipatedly.

It is important to remember that Stage III of GRAP means all construction and demolition activities are prohibited, with the exception of those that are necessary for national security.

The Sub-Committee for invoking actions under the Graded Response Action Plan (GRAP) of the Commission for Air Quality Management in NCR and Adjoining Areas (CAQM) met today to assess the situation in light of this abrupt increase in the average AQI of Delhi.

To stop the degradation of air quality, it has also been recommended that various agencies in charge of carrying out GRAP-related actions and the PCBs of the NCR and DPCC step up pollution control and mitigating measures under Stage-I and Stage-I of GRAP.

The Sub-Committee is also keeping a close eye on the situation and will review the air quality scenario as necessary. The announcement added that the updated GRAP timetable is accessible via caqm.nic.in on the Commission’s official website.