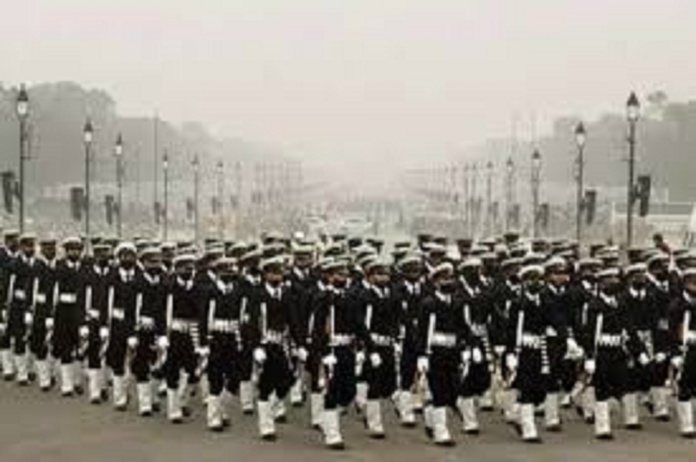 Republic Day 2023 Live Updates: Jai Hind! Today the country is celebrating 74th Republic Day. President Droupadi Murmu will lead the country in celebrating Republic Day. This is the first time that an Egyptian president Abdel Fattah al-Sisi has been invited to the ceremony. The invitation also commemorates 75 years of diplomatic relations between Cairo and New Delhi. The Egyptian Army is expected to send a contingent of 180 soldiers to the parade.

President Draupadi Murmu will unfurl the tricolor flag in a short while. After this, the first parade will be held on the Kartavya path (earlier Rajpath and Kingsway). Indigenous military might will be displayed in the parade. Along with this, cultural diversity will also be showcased in the tableaux of different states. Egyptian President Abdel Fattah el-Sisi will be the chief guest at the parade.

The Republic Day Parade will begin at around 10:30 am. Around 65,000 people will watch the parade. Around 6,000 personnel have been deployed for the security of the parade, which includes paramilitary forces and NSG apart from Delhi Police. The Kartavya path will be monitored with around 150 CCTV cameras.

The Republic Day 2023 big parade at Kartavya Path was noteworthy for India since the participants pushed the theme of ‘Atmanirbhar Bharat’ by displaying indigenously developed armed systems.

Haryana’s tableau featured a design based on the Bhagavad Gita. The tableau depicts Lord Krishna serving as Arjuna’s charioteer and imparting the knowledge of the Gita to him. The patterns on the sides of the trailer depict various scenes from the battle of Mahabharata.

The three-day Deepotsav celebrated in Ayodhya was shown in the tableau of Uttar Pradesh in the Republic Day parade.

Delhi | Marching on the Kartavya Path for the first time is the combined band and marching contingent of the Egyptian Armed Forces. The contingent is being led by Colonel Mahmoud Mohamed Abdel Fattah El Kharasawy.#RepublicDay pic.twitter.com/0EBm2QOAOw

Prime Minister Narendra Modi on Thursday extended greetings to the nation on the occasion of the 74th Republic Day.
“We wish to move ahead unitedly to make the dreams of the great freedom fighters of the country come true.” “Many wishes for Republic Day.

The Australian PM has greeted the people of India on Republic Day. He said that this day is a moment to honor the rich culture and impressive achievements of modern India. It is an occasion for all people of Indian heritage to unite around their shared love for India and shared belief in its future… I extend my best wishes to all those celebrating Republic Day.

This day is a moment to honour the rich culture and impressive achievements of modern India. It's a chance for all those of Indian heritage to unite around their shared love of India & shared faith in its future…I wish all those celebrating a happy #RepublicDay: Australian PM pic.twitter.com/e6x5AHH9bQ