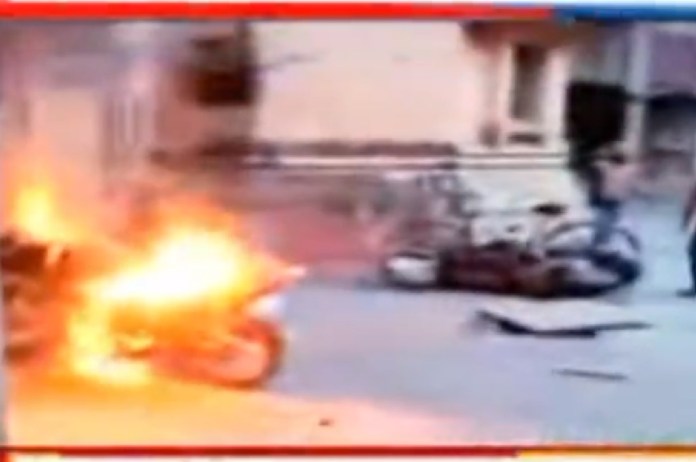 Prayagraj (Uttar Pradesh): The Prayagraj Police has filed an FIR against 43 security guards of the Allahabad University Campus in connection with the violence that broke out on Decmeber 19.

In a violence that broke out on Monday, two cars were damaged while, motorcycles were torched parked in the camus. The incident took place after the guards stopped a ex-student leader to enter the college campus.

This followed a heated argument that turned into a physical confrontation between the students and the guards as the latter opened fire.

The police said, “As per an ex-student, there was an altercation between students and security guards at the university. On the basis of this information, the case is being registered.”

“Video footage is being analysed for probe and action. Two motorcycles were torched in the incident. Students are taken into confidence.”

Uttar Pradesh’s Additional Director General (ADG) Law and Order Prashant Kumar said that the situation in the university was brought under control on Monday. CP Prayagraj and other officials are present at the spot.

An official statement from the varsity said that Allahabad University will remain shut on Tuesday in wake of the violence as “unknown elements” broke open the locks of the university gates that resulted in the clash between them and guards.

Also Read: CAN YOU BELIEVE? THIS MAN IN RAJASTHAN SLEEPS 300 DAYS A YEAR, READ HERE