Can you believe? This man in Rajasthan sleeps 300 days a year, Read here 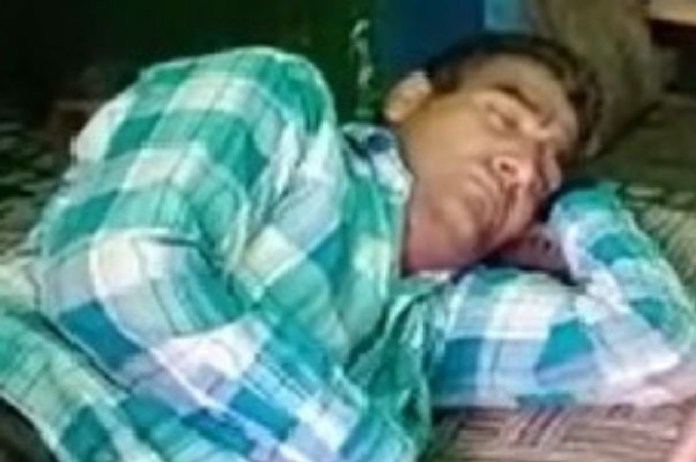 New Delhi: Purkharam (42), a resident of Nagaur district of Rajasthan, sleeps for 300 days in a year due to an illness called Axis Hypersomnia.

As per local media, the man woke up hardly for two minutes after trying for a few hours and then went to sleep straight after the interview.

According to family members, after sleeping once, they do not wake up for 25 days. In fact, it started about 23 years ago, when Purkharam used to sleep for five to seven days, but the family members used to sweat to wake him up.

Distressed family members also got treatment done but the disease could not be identified. After this, Purkharam’s sleeping time gradually increased and now he sleeps for 25 days in a month.

Purkharam told the reporters that he wants to wake up but his body does not support. He said he has been tired of getting treated. Now everything depends on God. After that he fell asleep while sitting.

His wife Lichmi Devi said they had a shop earlier in the village which has now been shut down. Whereas the family is surviving on farming. Once Purkharam falls asleep, it becomes almost impossible to wake him up.

His relatives feed him while he is sleeping. When he has to go to the bathroom, he becomes restless in his sleep. Then the relatives take them to the bathroom and they are held and made to sit on the toilet seat.

Till now no cure has been found for Purkharam’s sleep, but Purkharam’s mother Kanwari Devi and wife Lichmi Devi are hopeful that soon he will get well and live his life as before.

According to experts, there are two types of hypersomnia. In this case, it has come to the fore that Purkharam, after suffering from continuous hypersomnia, has now become a victim of secondary hypersomnia i.e. axis hypersomnia.

Due to this, he is getting sleep for several days in a row. Experts also say that he will never recover now, he can recover. After complete diagnosis in medical science, its treatment is possible with regular and proper treatment.