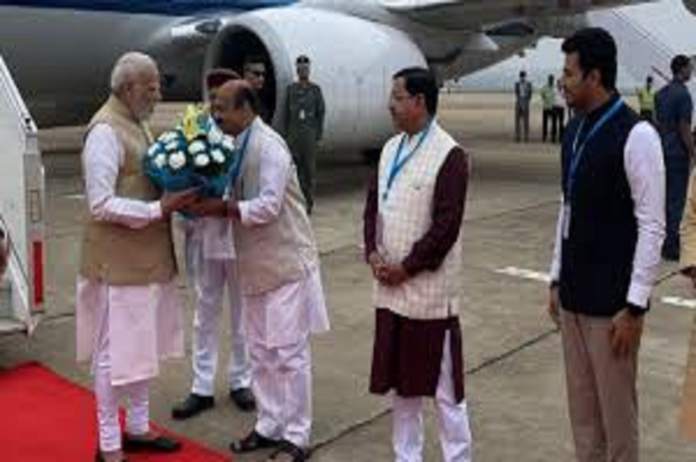 The Prime Minister will pay floral tributes to the statues of saint poet Sri Kanaka Dasa and Maharshi Valmiki at Vidhana Soudha in Bengaluru, according to the PMO.

He will flag off the Vande Bharat Express and the Bharat Gaurav Kashi Darshan Train at Bengaluru’s KSR railway station around 10:20 a.m.

The Prime Minister will dedicate Terminal 2 of Kempegowda International Airport in Bengaluru, which was built at a cost of approximately Rs 5,000 crore. According to the PMO, the terminal will double the airport’s passenger handling capacity to 5-6 crore passengers per year, up from the current capacity of about 2.5 crore.