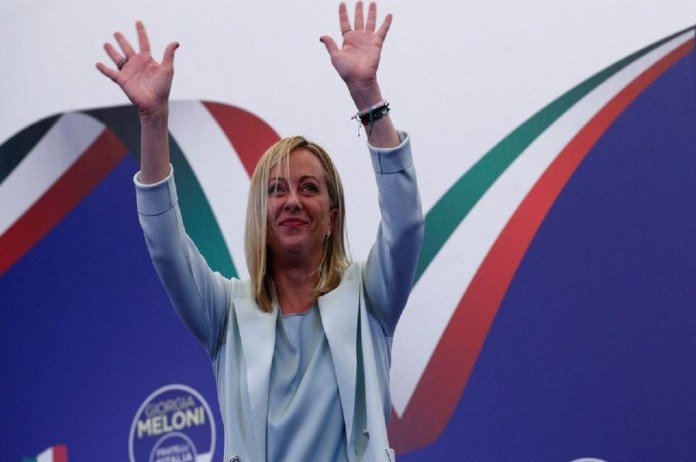 “Congratulations Giorgia Meloni for leading your party to victory in the Italian general elections. We look forward to working together to strengthen our ties,” PM Modi said.

Congratulations @GiorgiaMeloni for leading your party @FratellidItalia to victory in the Italian general elections. We look forward to working together to strengthen our ties.

Meloni also responded by saying that she is ready to cooperate with PM Modi on international stability and all the other global challenges.

Many thanks @narendramodi! Ready to cooperate with you and your government on international stability and all the other global challenges

The right-wing coalition scored an overall victory in the country’s general election to form a new parliament after the nationalist Brothers of Italy secured 26 per cent of the vote, CNN reported.

Party leader Giorgia Meloni will most likely become the country’s next prime minister, thereby making her the first woman ever to serve in this role.

“Italians have entrusted us with a relevant responsibility, and it will be our task to not let them down and to make our best to restore the nation’s dignity and pride,” the 45-year-old Meloni commented on her Facebook page on Monday.

“We will aim at unifying and highlighting what can bring us close, not what divides us,” she added.

According to reports, over 50 million citizens, including some 4.7 million living abroad, were eligible to choose the 400 deputies and 200 senators.

Country’s interior minister said that voter turnout was the lowest ever recorded in the country’s post-war history. The new parliament is scheduled to gather for the first time on October 13.