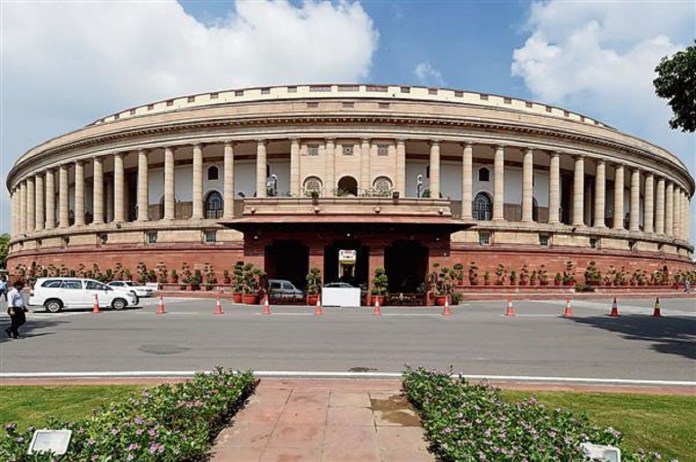 New Delhi: The Winter Session of Parliament is likely to commence in the first week of December in the old building and conclude by the end of the month, news agency PTI reported citing sources on Friday.

A final decision regarding the dates will be taken by the Cabinet Committee on Parliamentary Affairs, they said.

While the session is likely to take place in the old building, the government is also contemplating a symbolic soft inauguration of the new building, being built at an estimated cost of over ₹ 1,200 crore, by the end of this month or early December, the sources said, as reported by PTI.

The session usually starts from the third week of November with around 20 sittings. But there have been occasions when the session was held in December, during 2017 and 2018.

This time, it is likely that the session will be held in the first week of December, the sources said.

Work is progressing at a steady pace: Puri

Union Minister Hardeep Puri, who recently visited the site of the new Parliament building, had said that “Work is progressing at a steady pace.”

Puri said that more than 4,000 people are working round the clock for the construction of the building.

The new building will be triangular in shape and the national emblem has been installed at the new structure.

The new building will also have a grand Constitution Hall to showcase India’s democratic heritage, a lounge for members of Parliament, a library, multiple committee rooms, dining areas, and ample parking space.

In December 2020, Prime Minister Narendra Modi had laid the foundation stone of the new Parliament building.