Muzaffarpur: Kid saves over dozen of children from trafficking; sends hint to cops 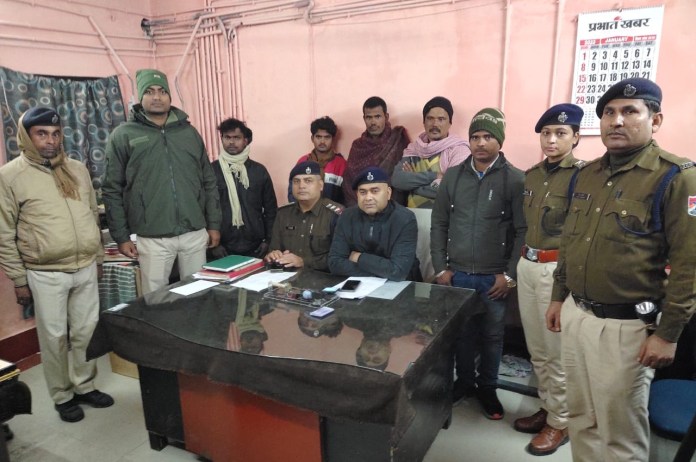 Mukul Kumar, Muzaffarpur (Bihar): A child who was boarded in Karambhoomi Express sent signals of danger to the police when the train stopped at the Muzaffarpur station. The police rescued 16 kids and detained the culprits.

The train was standing at the Muzaffarpur station where a joint checking of the RPF and GRP was taking place. Meanwhile, the child saw police officials and started pointing out at the five accused repeatedly.

Upon seeing this, the police approached the accused and asked them to get off the train along with the group of 16 children. During the investigation, some children among the group told them that the accused have purchased the children from their parents in exchange of money.

Rail DSP said that several child trafficking rackets are active in the border areas of West Bengal, Jharkhand and Bihar. These accused take advantage of poverty and trick parents into sending off their kids for job prospects.

However, the kids become subject of exploitation and child labour later.

During the investigation, one of the accused said that on the pretext of offering jobs these kids will be taken to Jaipur in Rajasthan and then, given jobs like embroidery. Some of the kids are also taken to other big cities where they are employed at restraunts to wash dishes and clean tables.

The DSP also mentioned that since child trafficking is active in many parts of the nation, the Railways department conducts routine checks to rescue children.

The official added that the kids rescued have been sent to the safe house through contacting the Railway Child Helpline of Muzaffarpur.