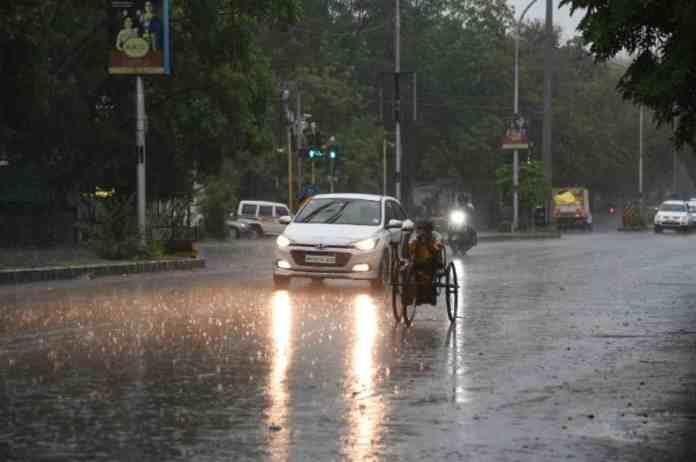 Weather Alert: Monsoon is in its full swing these days. It is raining continuously in many states. While this rain has brought relief to the common people as well as the farmers in many areas, in many areas this rain is causing havoc. Many people have also lost their lives due to this celestial calamity. Meanwhile, the Meteorological Department (IMD) has once again issued an alert of rain with strong wind in many states for the next three days.

According to the latest forecast of the Meteorological Department, many states including Gujarat, Chhattisgarh, Goa, Konkan, Marathwada, Vidarbha, Telangana, Coastal and North Karnataka, Coastal Andhra Pradesh, Kerala may receive heavy rains till August 10. An MID alert has also been issued in this regard. The people of the affected area have been appealed to remain alert.

Meanwhile, the Meteorological Department has issued a warning of heavy rain in many areas of Jammu and Kashmir, Himachal Pradesh, Uttarakhand and Uttar Pradesh today.

Due to the low pressure in the Bay of Bengal, there is a possibility of good rains in Odisha, West Bengal and Jharkhand from today till August 10. In the alert issued by the Meteorological Department, fishermen have been appealed not to go into the sea till August 11. Those who have already gone to deep sea have been asked to return by tonight.

The Meteorological Department has issued a red alert for heavy rains in Chhattisgarh, Gujarat, Madhya Maharashtra, Marathwada, Konkan and Goa till August 9. On the other hand, there is a possibility of heavy rains in Madhya Pradesh and Saurashtra on August 8 and 9. Whereas in Chhattisgarh and Vidarbha, there is a possibility of heavy rain between today and August 9. At the same time, there is a rain alert in Telangana, Coastal and North Karnataka, Coastal Andhra Pradesh and Kerala till 9 August.

According to Mahesh Palawat, meteorologist of Skymet Weather, private weather forecasting agency Skymet Weather, the monsoon trough has reached central India these days. Because of this, there is less chance of rain in North India right now.