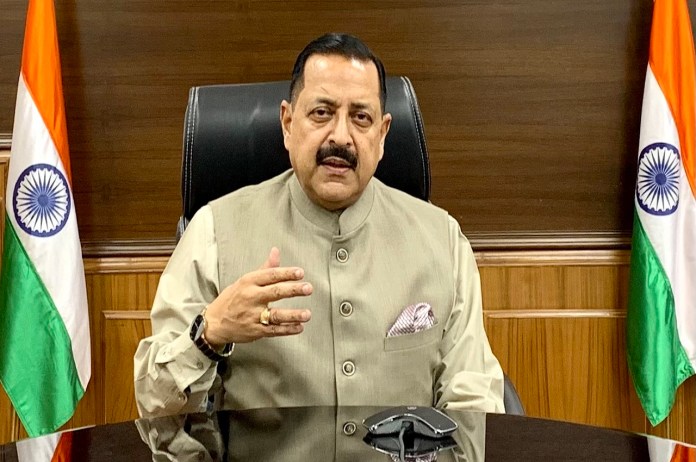 Addressing “a dialogue with new young voters” at the Shri Venkateshwara University in Gajraula in Uttar Pradesh, he said the forward-looking reforms unleashed by the government has given a new hope to the youth.

Addressed students at Venkateshwara University, #Amroha UP. An enlightening interaction followed in which students showed curiosity to learn more and more about various youth centric opportunities being made available by PM Sh @narendramodi. pic.twitter.com/JuhEe6cuxB

He said India’s reputation has grown in the global club of nations and the whole world is now keen to understand and connect with India.

The Minister of State for Personnel said the new India is open, futuristic and known for its progressive views and the development of the country is on the shoulders of the youth.

He reminded the young voters that for many decades, there were unstable and coalition governments that led to apprehension not only among the public but also in the world about India’s future.

“But, in 2014, people of India chose a stable government which also brought stability in policies and work culture and laid a strong foundation for the change,” the minister was quoted as having said in a statement issued by the Personnel Ministry.

Singh said, “To make this the century of India, it is imperative that the youth of India should be equally proficient in education as well as skill.” He said the students with their skills are taking their first step forward on the path of innovation and he expressed hope that their journey to tomorrow will also be more creative.

The minister told the young voters that the government has given top priority to the skill development of the youth and the creation of new institutions. He said after the first Industrial Training Institute (ITI) in the country was established in 1950, in the following seven decades, only 10,000 ITIs were created, while in the eight years of the Modi government, about 5,000 new ITIs have been set up in the country.

“More than 4 lakh new seats have also been added to ITIs in the last eight years,” the minister added.

Singh said Industrial Training Institutes have a big role to play in India’s success. He expressed happiness that new courses such as coding, artificial intelligence, robotics, 3D printing, drone technology and telemedicine are being offered by ITIs.