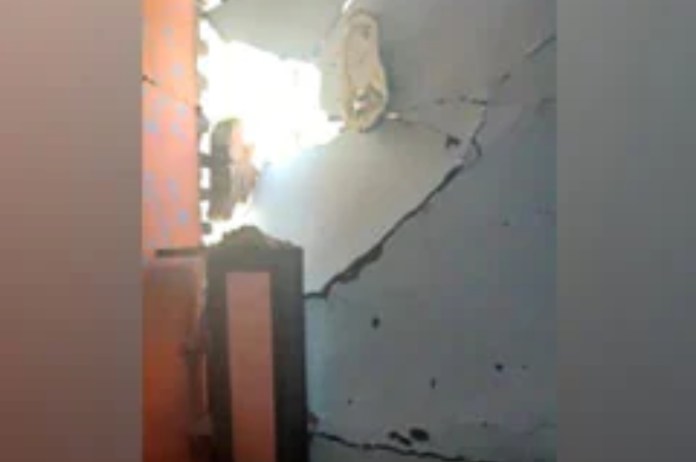 New Delhi: A minor boy has died in an explosion in an LED TV in Ghaziabad. The blast was so strong that a part of the wall collapsed. The boy’s mother and his friend were seriously injured due to the blast. It is feared that the TV has exploded due to high voltage.

According to the officials, the blast had a major impact that harmed the concrete within the house. According to the authorities, Omendra, the adolescent who was severely injured in the explosion, passed away while receiving medical attention. It’s claimed that tiny, sharp particles from the LED panel struck his face and neck.

It was reported by neighbours in nearby homes that they heard a loud boom that sounded like a blast, and their initial thought was that a cylinder had burst. When they got inside, they noticed the teenager’s friend Karan and his mother, Omvati.