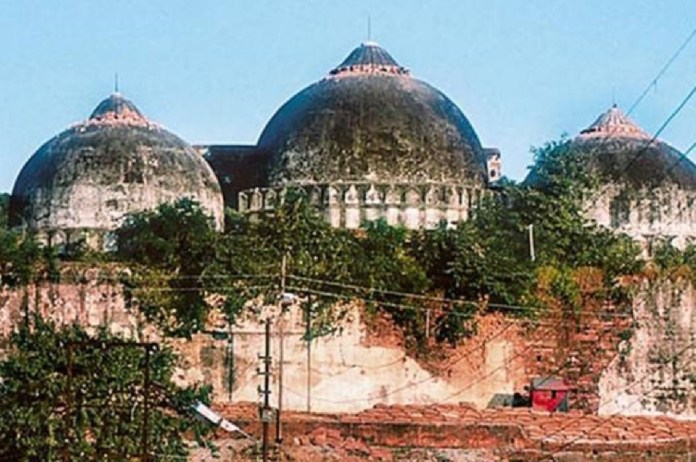 New Delhi: The Police has arrested an Akhil Bharat Hindu Mahasabha leader on Tuesday allegedly for going to recite Hanuman Chalisa at the Shahi Masjid Idgah on the Shri Krishna Janmabhoomi complex.

As per a report of the news agency PTI, several other members of the Hindutava outfit were detained in their houses under different police stations of the city. This comes in order to stop them to go for the recitation.

Earlier, the Hindu Mahasabha had given a call to recite Hanuman Chalisa inside the Shahi Masjid Idgah. The decision was taken to mark the anniversary of the Babri Mosque demolition.

The Police informed that they arrested Akhil Bharat Hindu Mahasabha’s Agra region in-charge Saurabh Sharma when he heading towards the Idgarh complex.

However, Mahasabha’s president Rajshri Chaudhary and treasurer Dinesh Sharma were not among those who were detianed while, there was no information regarding the two.

In 1992, the Babri Masjid was demolished by Kar Sevaks on this day.

After the announcement to gather at the complex to chant Hanuman Chalisa, the Uttar Pradesh Police has tighten the security.

Meanwhile, on Monday evening, Senior Superintendent of Police Shailesh Kumar Pandey had review all the arrangement to maintain law and order at the site.

He also informed that the social media has also been strictly observed to avoid fake news or anything that can disturb peace in the city.

The SSP on Monday had informed that no tradition or rituals will be performed on the day.

A similar call was given last year by the Hindu Mahasabha which was scuttled by the district administration.