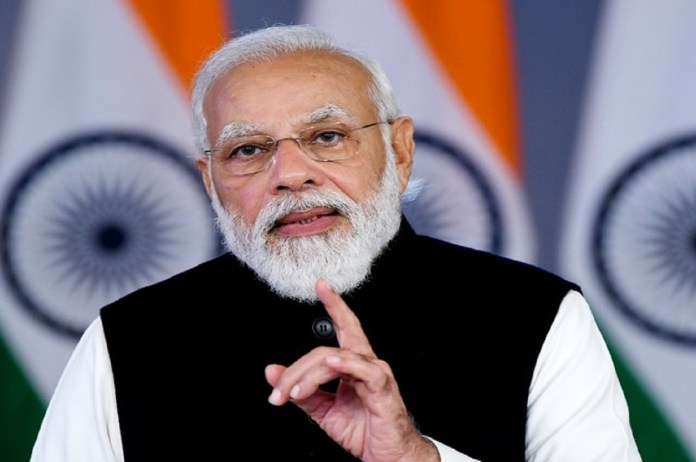 New Delhi: Prime Minister Narendra Modi, while addressing the 95th edition of Mann Ki Baat, on Sunday spoke about India’s G-20 presidency and called it a huge opportunity for India. “We must utilise this opportunity to focus on global good and welfare.”

“People from across the country have written to me about how proud they are that India has got the G20 presidency. India has got this responsibility under Amrit Kaal,” PM Modi said.

He said: The G20 presidency is an opportunity for us. We have to focus on global good, be it peace, unity or sustainable development, India has the solution to challenges related to these things. We have given the theme of ‘One Earth, One Family, One Future’.

The Prime Minister also said that India is capable of providing solutions to various challenges being faced globally.

“Be it peace or unity, sensitivity towards the environment or sustainable development, India has solutions to challenges related to all such things,” he said.

He added, “the G20 has a partnership comprising two-thirds of the world’s population, three-fourths of world trade, and 85% of world GDP. You can imagine – India is going to preside over such a big group, such a powerful group, 3 days from now i.e. from December 1.”

“India is sharing its success in the space sector with its neighbouring countries as well. Yesterday, India launched a satellite developed by India and Bhutan. It will send high-resolution pictures that will help Bhutan. The launching of the satellite is a symbol of strong relations between India and Bhutan.”

“The launch mission of Vikram-S is aptly named ‘Prarambh’ – as this is the start of opening up of the space sector and creating new opportunities for the youth,” he said.

“The biggest buyers of Indian musical instruments are developed countries like USA, Germany, France, Japan and UK,” he added.