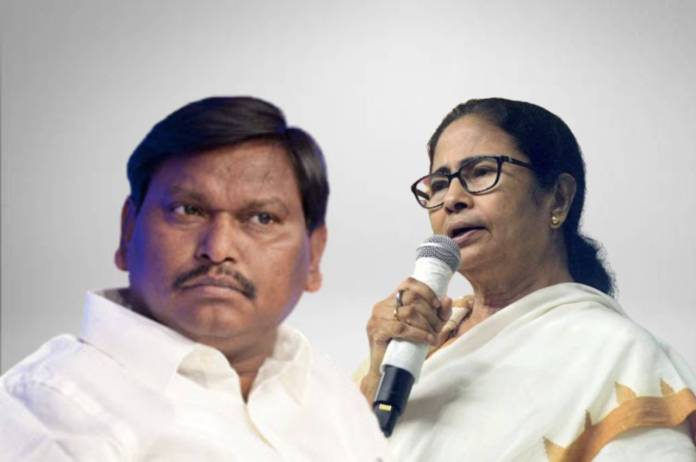 Said the union minister, “West Bengal CM is female and a minister from her cabinet has made such a hate comment on our tribal President. This also affects our international identity… It clearly reflects that the WB government will continue harassing Adivasi communities.”
Munda demanded that the Chief Minister should sack off the accused TMC leader from cabinet and “apologise in front of the nation.” He asked for a clarification from Mamata Banerjee.

The accused TMC leader, while addressing a public rally in Nandigram, said, “We don’t judge anyone by their appearance, we respect the office of the President (of India). But how does our President look?”

However, Akhil Giri has already issued an apology today saying that he regrets what he said if it feels an insult to the President.
“I said ‘President’, I didn’t take anyone’s name. If the President of India feels insulted, I am sorry and regret what I said,” added West Bengal Minister Akhil Giri.

The TMC leader said that his comments came in response to the Bharatiya Janata Party (BJP) chief of West Bengal unit, Suvendhu Adhikari.

Giri said he was insulted by Adhikhari over the appearance of the former which is also an “insult” to the “Constitution”.