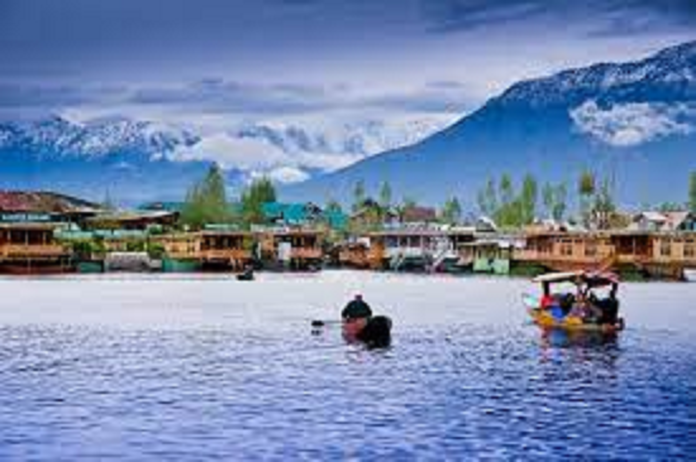 Brussels (Belgium): Kashmiri political leaders informed the European Parliamentarians about the positive changes have been witnessing in Jammu and Kashmir over the past three years.

A delegation from the valley participated in a conference entitled “Grassroot Democracy in Kashmir, A road towards Democratic Empowerment”. The conference was organised by EPP political group at the European Parliament during the Gender equality week. It is organised by the European institutions to empower women and girls mainly in conflict zones. Kashmir often remains in the top news for its ongoing conflict and its relevance to two Geo political regional powers, however, in the past few years, there have been some phenomenal changes made at the grassroots level to impact the lives of common citizens.

MEP Daniela Rondinelli welcomed the Kashmiri delegation and acknowledged the work being done by young people and women leaders to promote peace and dialogue and create a better future for the next generation. She also stressed the importance of collaborating closely with the EU to uphold security and stability in the area.

“Jammu and Kashmir, a region grappling with terrorism and conflict, for more than three decades, has seen the mobilisation of a new political force through the emergence of a three-tiered system of local governance,” Safina Baig, chairperson of the district development council in Kashmir, highlighted.

“Sadly, a narrative of ongoing war has long cast a shadow on this significant endeavour intended to empower the local populace. As a result, earnest efforts to promote transparent, responsible, and successful governance are ignored “Safina remarked.

Added she, “The young leadership, which has received resounding public support, is what has enabled this shift. The common people’s hopes to create lasting peace through strong democratic development are embodied in this new leadership. They deal with a variety of difficult issues and interact with regular people to find a democratic solution to their problems “.

Safina said the MEPs, “We value the engagement between lawmakers from the European Union and India and hope that such an interchange of ideas will continue in the future — something that will be healthy for both countries.”

In addition to attending the conference, Kashmiri human rights campaigner Mir Junaid said, “We are developing, we are coming together, and we are standing up despite the danger of terror from over the border.”

He stated: “We want the world to help us on our path to stability. Our only adversary is terrorism, which must be eradicated at all costs from every corner of the globe if there is to be peace and harmony. The world must never lose sight of the fact that terrorism everywhere poses a threat to all of humanity “.

Members of Parliament Annalisa Tardino, Caterina Chinnici, and Luisa Regimenti, as well as Salvatore de Meo, a representative of the EU delegation to India, demonstrated their commitment to promoting youth leadership and women’s rights in Kashmir by congratulating the guest speakers on their enormous contributions to the region’s peace and security.

A clear road map has been created to give shape to the ambitions of the people of Kashmir and match them with the growth story of the rest of India, they said, adding that they recognise that progressive ideas and people’s representation can change the game in Kashmir.

Following the lecture, there was a discussion with members of the Indian diaspora in Belgium and young leaders from throughout Europe, who bombarded the speaker with questions and were delighted to learn about Kashmir’s history and its youthful population.