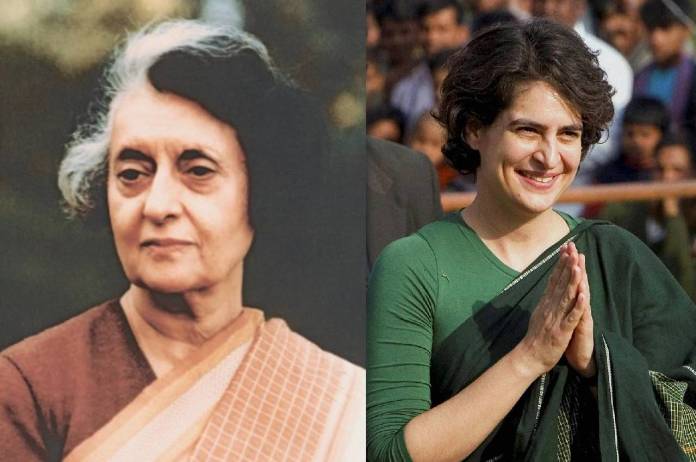 Mandi (Himachal Pradesh): Congress leader Priyanka Gandhi Vadra Monday said the trust between Indira Gandhi and the people of Himachal Pradesh have built the state. Gandhi was addressing a “Parivartan Pratigya” rally in Mandi in the state ahead of the Himachal Pradesh Assembly Polls.

She said there were speculation but Indira Gandhi believed in people who helped in building the state.

The Congress leader while addressing people in “Parivartan Pratigya” rally in Himachal Pradesh’s Mandi said that many politician come asking to change the tradition of Himachal. She said the Himachal’s tradition is “the dedication towards the nation.”

She said today’s politics is different with that of Indira Gandhi’s era. Vadra said, “You all know that there are just money in politics” which was not the same when Indira Gandhi was in power.

Priyanka Gandhi Vadra pointed out that the Congress built IIT, schools, sewerage system and more to take Himachal on top. But, she asked, could you see new IITs, Hospitals or schools anywhere around in the past 5 years?

Advocating Congress in Himachal, Gandhi promised to bring back the pension policies for the government employees which were scrapped earlier.

Vadra asked youth in the audience if they have gotten recruitment despite the fact that nearly 63,000 posts are vacant. She promised that these vacancies will be filled if the Congress comes to power.

She also promised to generate at least 5 lakh job opportunities within five years.

What has BJP done for the people of Himachal Pradesh?

The Congress leader strongly condemned the Bharatiya Janata Party asking what has the saffron party done for the people since it has come to power?

Vadra blamed the BJP for rising inflation and GST.

While talking about the job opportunities, she said there were scam in every recruitment exams.