High Commission of India, London Monday has condemned the violence against the Indian community took place in East Leicester in London. 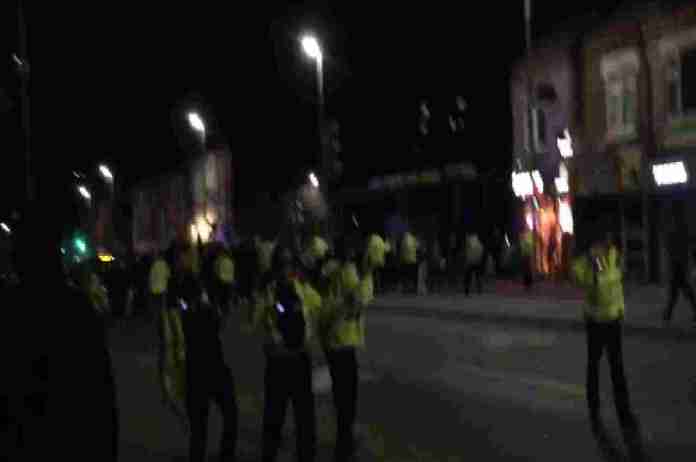 New Delhi: High Commission of India, London Monday has condemned the violence against the Indian community took place in East Leicester in London.

In an official notification, the High Commission said, “We strongly condemn the violence perpetrated against the Hindu Community in Leicester and vandalization of premises and symbols of Hindu religion.”

“We have strongly taken up this matter with the UK authorities and have sought immediate action against those involved in these attacks. We call on the authorities to provide protection to the affected people,” it added.

Meanwhile, the count of people arrested in East Leicester violence has reached 15 after a clash broke out among groups of young men on Sunday, the Leicestershire Police said in a statement.

The cycle of violence was triggered on August 28 after India won the Asia Cup T20 match against Pakistan.

This comes after various videos and reports have been circulating on social media about Pakistani organized gangs seen vandalising and terrorising Hindus in the UK’s Leicester City. The incident follows a spate of violence and disorder in the eastern part of the city.

The violence first started on August 28 after India won the match against Pakistan in the Asia Cup 2022, following which a fight broke out in Melton Road, Belgrave, leading to 27 arrests so far, according to a UK-based media publication Leicester Mercury.

Following the incident, the Leicestershire Police assured to continue to call for dialogue and calm with support from local community leaders.

The police while calling for calm told everyone to return home and asked to share the information that has been checked and is true.

After the reports of the clash on Saturday night, the Leicestershire Police Temporary Chief Constable Rob Nixon, in a video message shared on the Twitter handle, said, “We have had numerous reports of a disorder on the streets of Leicester tonight, Saturday, September 17.”

“We have got officers there, we are taking control of the situation, there are additional officers en route and dispersal powers, stop search powers, have been authorised. Please do not get involved. We are calling for calm,” it added.