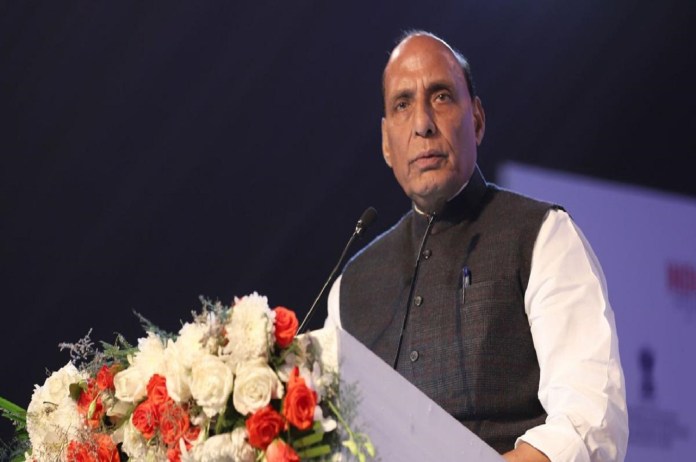 New Delhi: Defence Minister Rajnath Singh on Monday maintained that latest technological advancements have expanded the nature of threats to national security and said it is now difficult to differentiate between external and internal security threats, Ministry of Defence said in a statement.

Addressing the second convocation of the Rashtriya Raksha University at Lavad village in Gujarat’s Gandhinagar district, Singh said it has become increasingly difficult to differentiate between external and internal security threats as hybrid warfare has almost eliminated this distinction.

Attended the convocation ceremony of Rashtriya Raksha University in Gandhinagar, Gujarat. The Government led by Shri @narendramodi has adopted a holistic approach to strengthen national security. India today is well equipped to deal with all challenges.https://t.co/RXk7zZ4tVk pic.twitter.com/AYbH0OMrCr

He added that the situation has become even more complicated as latest technological advancements have expanded the nature of threats to national security.

“New kinds of threats are coming to the fore which have blurred the line between internal & external security. Besides terrorism, cyber war and information war are the new forms of security threats,”the defence minister said.

In addition, there are problems like human trafficking and money laundering which are different in appearance, but are related to one other, Singh said, adding that all the agencies must work in an integrated manner to deal with these challenges.

He emphasised that national security encompasses security of land and sea borders, air space, cyber, data, space, information, energy, economy & environment and it is essential for a sovereign nation to safeguard these elements.

Emphasising that the government has adopted a holistic approach to strengthen all aspects of national security, Singh assured that the nation is well equipped to deal with all security challenges.