The Meteorological Department (IMD) has issued a rain alert for the next 48 hours regarding Delhi. There is a possibility of rain in the capital for the next two to three days. 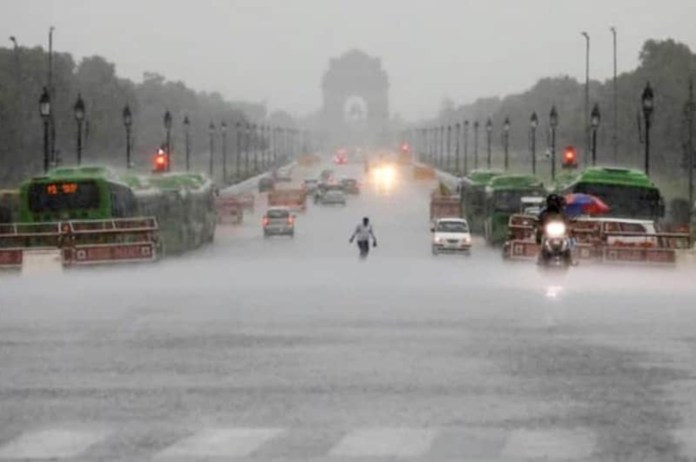 New Delhi: People living in Delhi-NCR met with rain on Thursday morning. The weather turned pleasant due to rains in the national capital and its surrounding areas. On Wednesday too, there was heavy rain in many areas, due to which the temperature dropped and people got relief from the heat and humidity. The Meteorological Department (IMD) has issued a rain alert for the next 48 hours regarding Delhi. There is a possibility of rain in the capital for the next two to three days.

Noida and Greater Noida, adjacent to the national capital, also received rain this morning. It has been raining in Delhi-NCR for the last two to three days, due to which people are getting relief. Moderate rain occurred in many areas of Delhi on Wednesday and water-logging conditions also arose in some areas. This also affected the traffic.

Delhi’s primary weather station Safdarjung Observatory recorded 2.8 mm of rain between 8:30 am and 5:30 pm on Wednesday. The weather stations at Palam, Lodhi Road, Ridge, Ayanagar, Mungeshpur, Sports Complex and Mayur Vihar recorded 5.9 mm, 3.2 mm, 2.6 mm, 2 mm, 10 mm, 5.5 mm and 6.5 mm of rain, respectively. Rainfall over the next few days may help cover the rain deficit to some extent (49 per cent in September alone). Due to this the air will also be clean and the temperature will also be controlled. The city recorded a minimum temperature of 25.1 degrees Celsius and a maximum temperature of 34.1 degrees Celsius on Wednesday. The 24-hour average air quality index closed at 109 (medium category) at 4 pm.

The Safdarjung Observatory has recorded only 52.9 mm of rain in September against the normal 104.8 mm so far. August recorded 41.6 mm of rain, the lowest in at least 14 years. Overall, Delhi has received 405.3 mm of rainfall as a normal since June 1. Monsoon season starts from 1st June. The IMD had said on Tuesday that the southwest monsoon has retreated from southwest Rajasthan and adjoining parts of Kutch, three days after the normal date of September 17.

Colombo: Around thirty-two Sri Lankans are going abroad every hour to escape the country's...