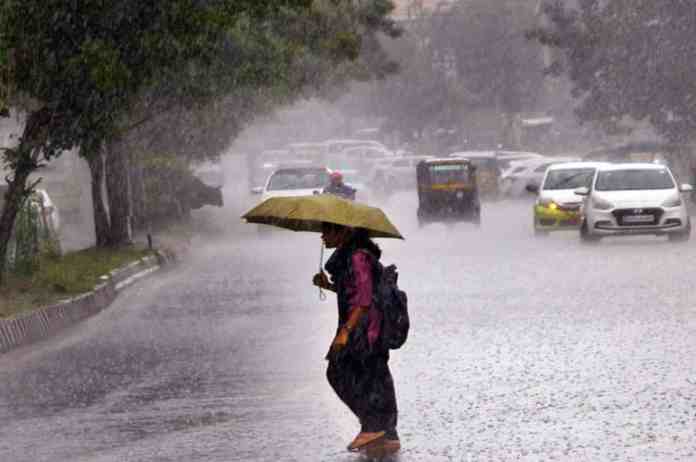 Weather Forecast: Monsoon is once again fully active in its second phase and it has been raining continuously for the last several days. Due to this, rivers are in spate at many places and flood-like situation is prevailing. Meanwhile, the Meteorological Department (IMD) has predicted rain activities to continue in many parts of the country even today.

According to the Meteorological Department, the depression over central India is gradually weakening and is moving in the western direction. However, despite this rain will continue in many states of Central India. Actually, the axis of Monsoon trough still remains below ie above Gujarat. Due to this there is a possibility of heavy rain in Gujarat. Also, due to the rains, there may be a flood like situation in some coastal cities of Gujarat and Maharashtra.

The IMD has forecast heavy rains to continue over North Konkan, North-central Maharashtra and East and West Vidarbha today and tomorrow. Orange and yellow alert have been issued for many districts in this regard.

According to the Meteorological Department, light rain activity is likely to continue over Uttar Pradesh, Bihar and Northeast states during the next three days.

According to private weather forecasting agency Skymet Weather, there is a possibility of light to heavy rain in many areas of Odisha, Chhattisgarh, parts of Telangana, Madhya Pradesh, Maharashtra, southeast and south Rajasthan, Gujarat.